media release from our friends at My So Called Gay Life. 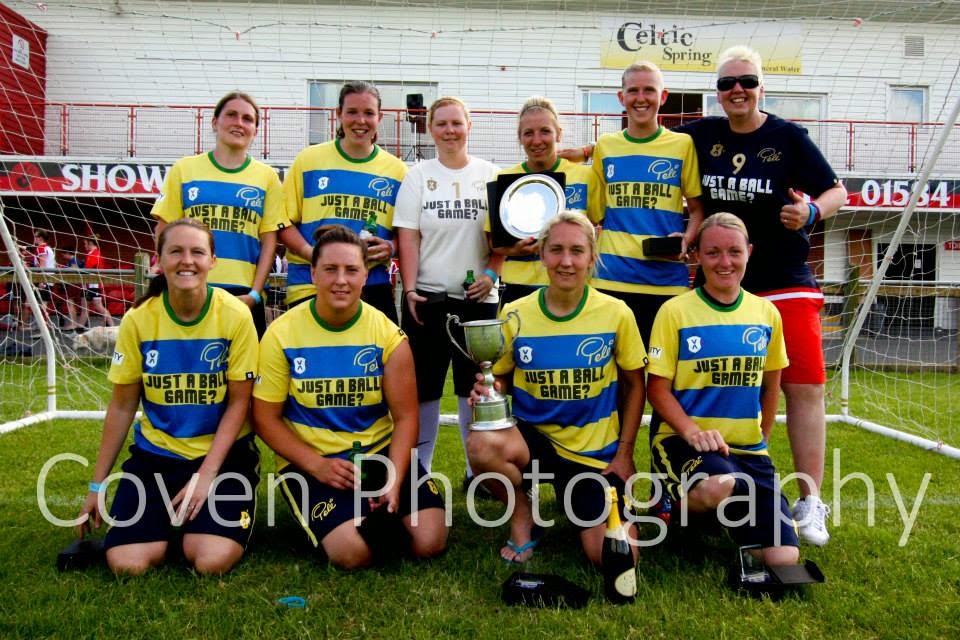 Following the tournament win in Manchester 2 weeks ago our Just a Ball Game? (JBG?) Ladies Futsal team once again ran out winners in a 7’s tournament, this time the popular Stanstock 7’s.


Everyone’s knocks and injuries had time to heal and JBG? were buzzing to go again retaining club captain Steph Ashton, midfield play maker Ali Hindley and striker Michelle Kirkman-Ryan in the starting line ups. Some 24 teams entered this year’s event including, Stockport County, Bolton Ladies, RAF Ladies, and a couple of University sides many of whom are 11- a-side and small sided outdoor established sides, some Stanstock regulars and used to the 2 day format so competition was always going to be strong.
All of the first days four fixtures were won and Coventry City Ladies were the first victims on a hot summer’s day in Shropshire. 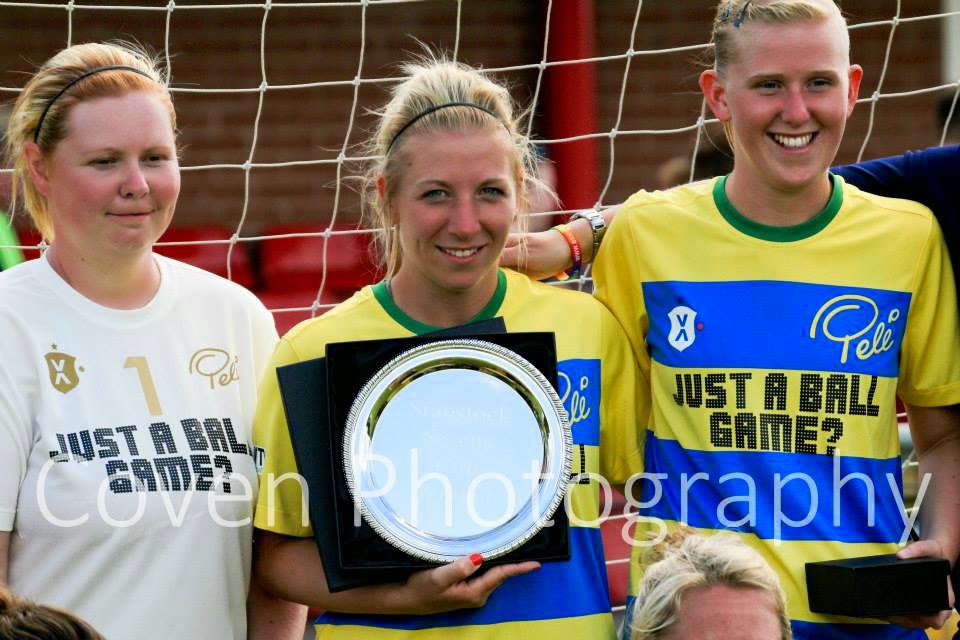 Next day saw the knock -out stages begin and local rivals Wythenshawe proved to be the first real test for JBG? who eventually ran out 1-0 winners in a closely contested round of 16 match switched to a fast 3G pitch from the previous days games on long grass. Into the quarter finals then and Misfits were brushed aside a little easier by the Futsal team, and it was to be Liverpool feds ‘A’ who took JBG? to extra time in the semi-final which was eventually settled by penalties, with JBG’s confidence at spot kicks from two weeks earlier shining through.
So, the final was reached without conceding a goal, then, Lincoln City Ladies took the lead against the run of play and constant pressure which they had to endure for the first half, only for JBG? to re-adjust their formation and force an equaliser and this game too went into extra time. It wasn’t long before the winner came, great attacking moves with a frustrating end were no longer and a sweet strike from forward Lizzy Chapman ensured the trophy would be heading to the North West this season. Not a bad first summer for JBG? Manchester Winter League Ladies Futsal winners, and now a 7’s Tournament double.


Thanks to Coven Photography for pics.