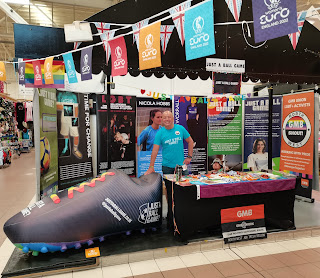 Grass roots LGBT+ campaign organisation JUST A BALL GAME? (JBG?) are extremely proud to announce that they are hosting an LGBT+ HUB on match days in Leigh - Greater Manchester during the 2022 Euros

Believed to be the first ever LGBT+ hub at a women’s UEFA EUROS tournament finals in a host town or city, the hub will feature some of JBG?’s ‘TIME FOR ACTION’ exhibition panels alongside a stand of resources were fans attending games can mix with the general public and come along to the to find out more about LGBT+ inclusion in football. CASTRO, the LGBT+ Sports Mascot will also be in attendance and there will be spot prizes handed out to ticket holders engaging the hub during the event days. 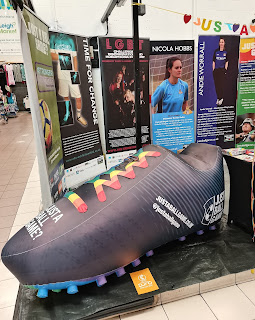 The hub is hosted in partnership with GMB Trade Union and has been supported by Wigan Council.

“GMB as one of JBG? 's sponsors and partners think it’s fantastic to host the first ever LGBT+ Hub for a women's tournament here in Leigh adding to the town’s existing fan event programme on the match days.”

“Thanks to Just A Ball Game? & GMB Union, and a special thanks to Wigan Council for making this happen."

The hub will be situated just short distance from the fan park in Leigh Market/Spinning Gate Shopping centre, for anyone arriving into Leigh bus station it’s a 100 yards walk. 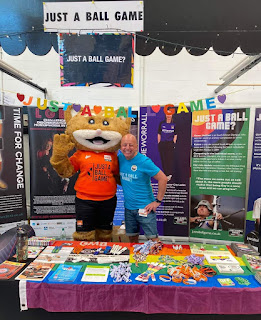