Well that was another hectic LGBT History Month for us all at JUST A BALL GAME?


Firstly our new banners which formed part of our JBG? pop-up exhibition were on display for the first week of the awareness raising  month at the National Football Museum in Manchester, the same venue then hosted our very first patrons evening, when two of our patrons Manchester City WFC’s goalkeeper Andie Worrall, and former player and PFA chairman now author and TV pundit Clarke Carlisle were joined by other invited guests to interact with members of the public in a Q&A and debate around LGBT inclusion and the effects of homophobia in football, all of which was recorded by the BBC for their news reel camera team and audio from the event hosted by Mark Chapman was put out as part of a BBC 5Live special a few days later.
One of the guests we had for the event was Liam Davis a Gainsborough Trinity player who announced publicly a few weeks earlier that he was a gay man, thus becoming the highest level (at Conference North) active player in the English game. We are very proud to say that Liam has agreed to come on board as one of our patrons, and we will  have him inducted in to our exhibition in the near future. 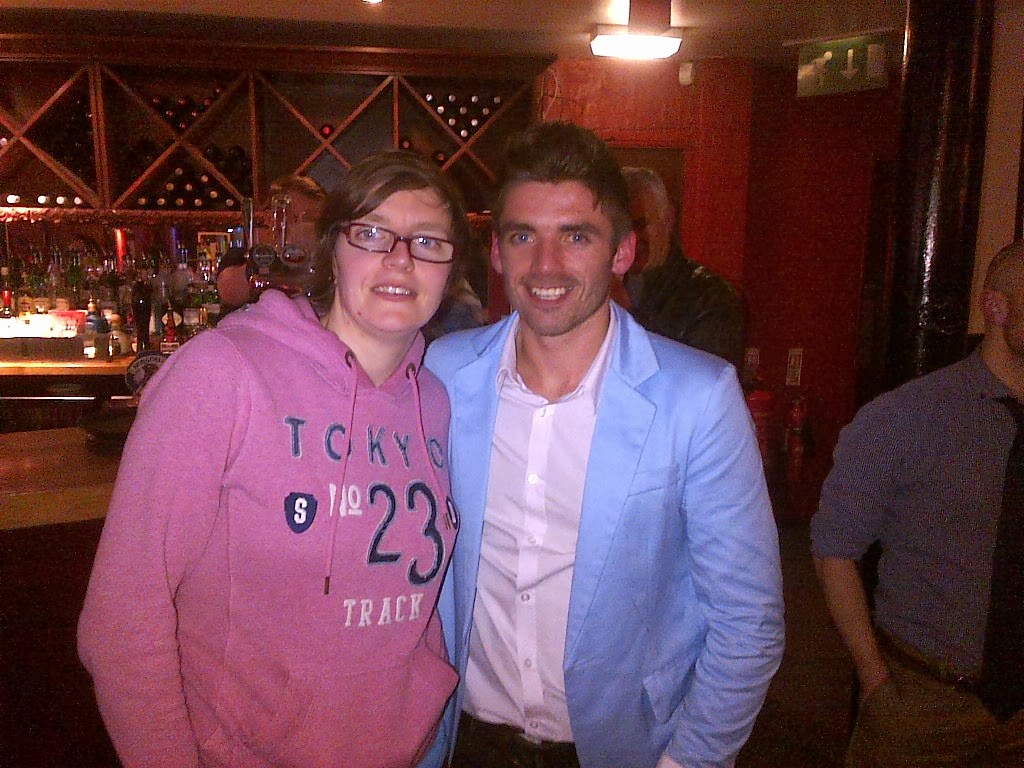 Following on from this we were pleased to be able to team up with some local female footballers who are now playing in the FA Futsal 5’s league in our JBG? t-shirts under the name of JUST A BALL GAME? and  the women have got off to a great start lying in second place at the end of the month with a least a game in hand on all other teams.

We are also pleased to announce that as part of this year’s LGBT History Month our good friends and partner club AFC Rushden & Diamonds have added our campaign logo to the back of their first team shirt for the remainder of this season to showcase their support towards an LGBT community.

Our JBG? mascot ‘Castro’ and same sex partner ‘Milk’ were part of the To Russia With Love sporting event  evening in February arranged by Pride House Manchester and a number of LGBT and local businesses from Canal St  which brought together activists and the general public to show support to the LGBT community in Russia many of whom were local to the Winter Olympic Games held in Sochi, but are unable to live their lives freely and openly due to recent laws brought in by the Russian government. 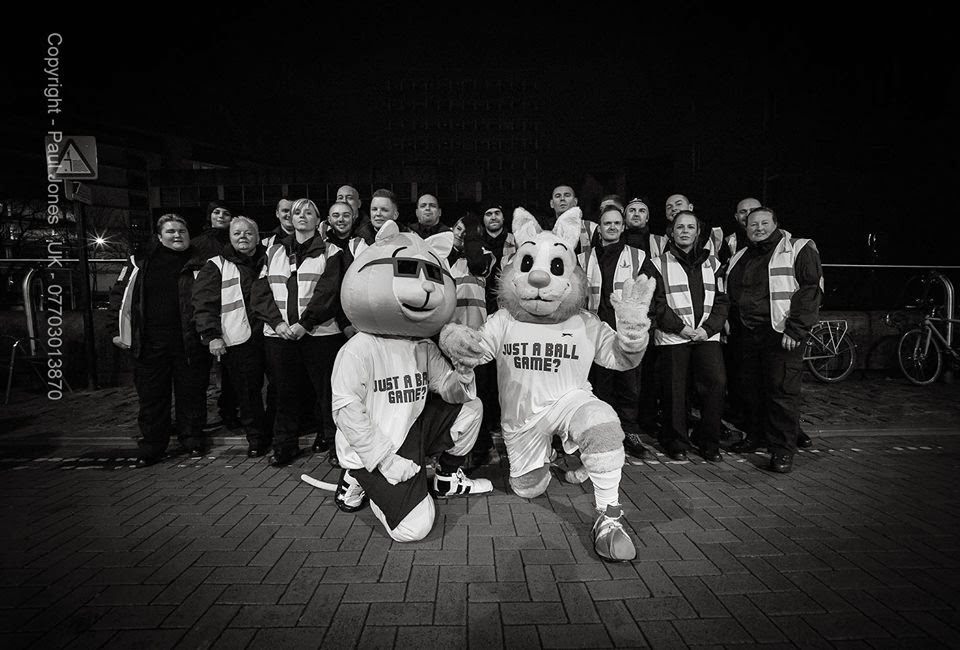 (Our JBG? mascots Castro and Milk supported by Serenity Security)

Our profile being raised once more by these events has also seen a call for us to distribute the remaining rainbow laces we had in stock and many more individuals and sports teams across the country are now supporting our campaign and raising awareness alongside us.
Posted by JUST A BALL GAME? at 13:29 No comments: