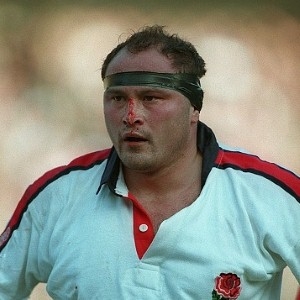 AS the domestic English Football seasons January transfer window draws to a close, a certain ‘school boy like’ and ‘snigger snigger’ joke has emerged in slightly varying forms 0n the INTERNET over the past couple of days.
This may have been half forgiven had it been confined to a playground and the environment looked at for ways of re-education around things and any resurgence of this type.
But unfortunately many adults including well respected ex-England and British Lions ‘hooker’ Brian Moore have sadly and shamefully, (IMO) posted (retweeted in Brian’s case from an original post by Alison Kervin) the following on their own personal social network outlets.
“ Apparently Gary Glitter is the new Aston Villa manager…. He heard the strikers are Young, Bent and possibly Keane, boom boom.”
Words which once again stigmatize an LGBT community with the links to homosexuality and pedophilia.
Mr. Moore may not have asked to have been put on a pedestal in his playing career and through retirement from the game of Rugby Union, but he clearly benefited over the years from it’s wealth and adoration, seen by millions world wide as a hero, idol and role model to young sports men and women who wish to follow suit.
Unfortunately there will be those in sport like many in society as a whole, who will ridicule anyone that does not match up to their talent or who identify as LGBT or who indeed are perceived to be LGBT. Likewise, many young LGBT’s who struggle at an early stage with personal understanding and acceptance of who they are in the world themselves, will only too likely then shy away from ‘coming out’ and being at least active if not fully engaged in participating in sport because of the fear of ridicule and isolation and abuse that goes with the above mentioned so called ‘banter, bit of a laugh, leg pulling, name calling, “casual homophobia.”
A hate crime or a hate incident in whatever context should not be made welcome in society, and now is the time to challenge this behavior and help eradicate it from sport.
For almost five years now I have been involved with a number of LGBT groups and organizations on a voluntary basis, most of whom who have tried to work collaboratively with those in mainstream sport from grass roots to elite, and also incorporating NGB’s.
I believe it’s now time for those sports groups and organizations and any other interested parties from the LGBT community, mainstream sport, NGB’s GEO and MP’s, police and home Office to branch out, side step, ad a new direction together as one solid unit and take action, and squeeze in one day in the immediate future to come together and be united in challenging homophobia in sport. Carrying a banner high from now until at least  the start of the  2012 Olympics.
Lindsay England.
As author/ creator of blog JUST A BALL GAME, Lindsay England is an activist and campaigner working free lance around challenging homophobia in sport.
B.MOORE 01.               01-2011.
Posted by JUST A BALL GAME? at 11:42 4 comments:

LGBT's and Football end of the year ups an downs 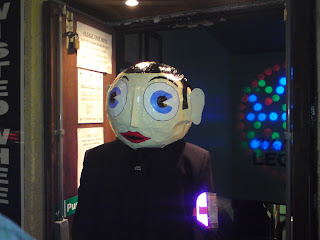 Much was happening in the football world towards the end of 2010 not all of it good, least of all the shenanigans of FIFA and other executives.
We also lost one of football's most iconic fans in the death of Frank Sidebottom, his love of football and music gave us much to smile about for many a year. It's a shame not all musicians feel they can use their talent in the same way he did by bringing joy to others, some just want to air their personal hatred of others who may be a little different than they are themselves.
As 2010 came to a close we saw a 25 year old 'pop' chart topper finally given the thumbs down by Canadian radio stations and broadcast organisations when after being played as an oldie Dire Straits 'Money for Nothing ' was banned from the air ways for its homophobic content.The lyrics breached Canadian Association of Broadcaster's Code of Ethics and they deemed it unacceptable for playing on air.Rightly so, in recent times Jamaican performers such as those who were to appear at the 2004 MOBO awards were given bans, as has Eminem a couple of years back, and just recently Matt Boswell ( a country singer) so its only fair that the ageing rockers from Dire Straits should be held accountable for pounds and dollars they earned from the contents of a well known 80's tune which at the time of it's release and original air play had the lyrics edited out or changed for when it was played in a public place, they can hardly claim it was an accident or miss-interpretation surely, with the 3 lines below?
DIRE STRAITS LYRICS:  'That little faggot with the earring and the make-up.
'That little faggot got his own jet plane.'
'That little faggot he's a millionaire.'
So what else finished of the year? Well a club physio with Portuguese side NAVAL, one Emmanuel Alves got into hot water with the top fight side's President and is still unsure of whether he can return after a leave of absence which saw him under go a sex change. Alves is now known as Ema Sofia, and wants to continue in the same role at the club but may find that she is ousted from the training grounds and matches in much the same way as she was from the 'Grand Orient of Lusitania' the local Masons.
Alves, 37, [became] Emma Sofia Alves, 37 years old. The ongoing sex change process of this Figueiran citizen did not "only" mean to change the gender: there are prejudices and practical issues to overcome. Some of these obstacles have been overcome. Others, however, show a high degree of difficulty.
However,Ema Sofia continues to pursue her profession, passing from [being a male] nurse to [a female] nurse in the District Hospital of Figueira da Foz. Ema was quoted with saying '' I have spent 37 years living in anguish at my situation but now I no loner feel any discomfort. I finally feel myself, and I am happy.''

Finally, I am still awaiting a reply from FOUR FOUR TWO magazine who produced some stats under the title FANS CENSUS 2010. Nothing wrong with that you may think but they seemed to have not quite grasped all things LGBT with the following statement and questions and answers in percentages.I think like with other press and media outlets who write and broadcast about football and indeed all sport, we have a long way to go in some peoples education who work in this field, despite efforts of campaigns organisations like the Justin Campaign, and the UK's leading LGBT information and Development and Equity organisation PRIDE SPORTS.

Here are the Stats and what was written:
There has never been an openly gay footballer at the top level.
Do you believe one or more of the biggest stars in the world is gay?
YES 85.1%  NO 14.9%
If a player is gay, should he come out?
YES 17.8% NO 5.4%
a further 76.8% said they either don't know or that the decision has to be his.