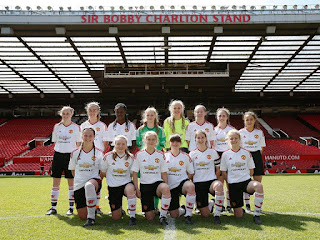 Suzanne Beishon talks to Manchester United junior goalkeeper EMILY RAMSEY about having to move from her home club.

FOOTBALL clubs are extremely proud when their local homegrown academy products make it to the top. And who can blame them? These increasingly rare players often become the beating heart of their teams. They understand the club ethos and badge they play for in a way that no import from abroad or another academy can. They aren’t just players, they are supporters. Nurtured from childhood to adulthood not just as players but as people too.
And when a player does make that rare breakthrough they are idolised by fans that have seen one of their own grow up in front of their eyes.
Few clubs have as rich a history of successfully transitioning players from the academy to the first team than Manchester United. The “class of ’92” golden generation is the highlight of a rich vein of Mancunian talent that has come through the club. The ability for players to make the grade has undoubtedly got harder as clubs rely on big-money signings in order to maintain their league standing. Any dip that may come from a period of development cannot be afforded in the modern football era.
Yet occasionally a talented player, usually with a heavy helping of luck thrown in, makes the grade. Marcus Rashford is just the latest to make the breakthrough. Rashford began playing football for a local boys’ team aged five, before joining the academy system at Manchester United aged seven. The 18-year-old’s meteoric rise to the Manchester United and England first teams has been a breath of fresh air — and this from an Arsenal fan who had to endure the teen’s league debut.
Except it’s not the same story for all of Manchester United’s talented academy prospects. Not everyone has the chance to live the fairy tale. If you’re a girl carefully guided through the youth set-up at United it’s a very different story. Because Manchester United don’t have a women’s team. In fact United and Southampton are the only Premier League sides not to have women’s teams.
And for one 15-year-old, the lack of a senior side means that she will have to ply her trade in different colours. 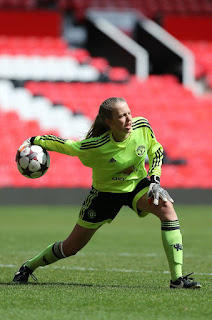 JBG? comment:
Thanks to the Morning Star's Suzanne Beishon for letting us use this for our blog.
Posted by JUST A BALL GAME? at 20:31 No comments: 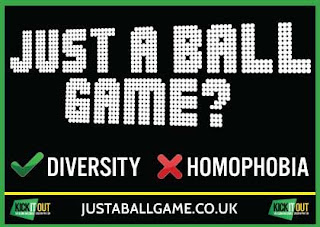 Just A Ball Game? has received £2,000 thanks to players of People’s Postcode Lottery.

The funding boost from Postcode Community Trust will enable Just a Ball Game?  in the following :
We aim to use exhibition panels of our Patrons and our research to educate young people and staff in education establishments and a wider general public on LGBT awareness and visible inclusion. We will use this "presentation tool" ,alongside building partnerships with local LGBT 's who like sport and refugees who feel isolated to bring together communities and have them engage in grass roots participation to help build on their well being.

Just A Ball Game? spokesperson  said: “We are very grateful for those who play People’s Postcode Lottery and the Postcode Community Trust for their support of our campaign work to challenge Homophobic, Biphobic and Transphobic Bullying .” 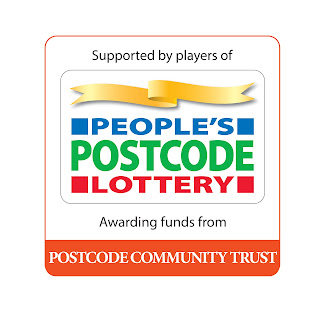 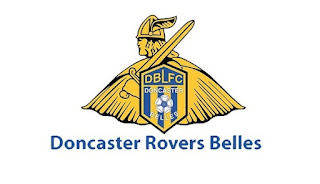 Following last week’s event day with Doncaster Rovers Belles JUST A BALL GAME? (JBG?) are very proud to announce that ‘the Belles’ are the latest team to come on board as a partner club.
A number of JBG? resources were handed out at ’the Belles’ home game v Reading WFC to the attending fans and prior to the kick off player wore JBG? t-shirts during the warm up to help raise awareness for our campaign work.
The Belles have an 'out and proud' player in goalkeeper Nicola Hobbs who is also a JBG? patron and the club are very proud to show visible support to an LGBTI community. 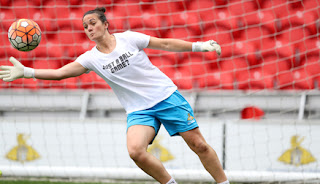 The club was originally formed as the Belle Vue Belles in 1969 and are one of the most decorated women's clubs in the English history of the game, they had this to say about the partnership; “ JBG? is an incredibly important organisation which aims to tackle discrimination, particularly with regard to Lesbian, Gay, Bisexual, Transgender, Intersex (LGBTI) issues within sport.” 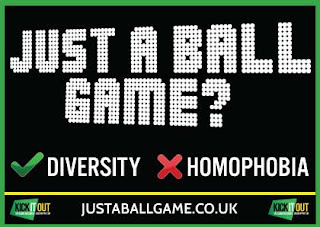