ARE LESBIAN NIGERIAN FOOTBALLERS SILENCED BY LAW TO ALLOW THEM TO COMPETE AT 2015 WOMEN’S WORLD CUP? 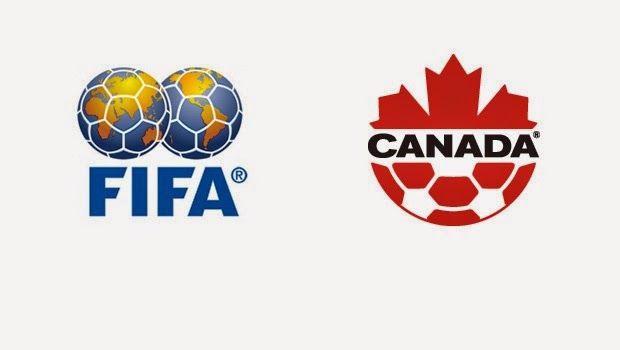 ArE Lesbian Nigerian footballers silenced by law to allow them to compete at 2015 Women’s world Cup?

Is it time for FIFA to stand up and be counted and insist on fairy play and ethics for all at the Women’s World Cup to be held in Canada 2015?

Last night (07.12.14) saw millions of people the world over watch the draw for the group games of the WWC 2015 and Nigeria will face USA, Australia and Sweden in group D. The Canadians also held the Women’s U20’s World Cup earlier this year and saw Germany beat Nigeria 1-0 in the final, but the silence from FIFA was defining on allowing the Super Falcon’s side to compete at all despite FIFA in 2013 stating they would investigate fully should a ruling be brought in around forbiddance of their players to be openly homosexual with the expected signing of the Same Sex Marriage (Prohibition Bill) into Nigerian law.

The introduction of this law also means that Nigeria’s players who engage in nothing more than conversation, share a visit to watch a game or who participate with in duties alongside fellow competitors in the Women’s World Cup (many of whom are publically open about their sexual orientation) or engage with fans who are from an LGBT community will be breaking the said law.

Part of the Act reads: “A person who registers, operates or participates in gay clubs, societies and organizations; directly or indirectly makes public show of same sex amorous relationship in Nigeria commits an offence and is liable on conviction to a term of 10 years imprisonment, and anyone convicted of entering into a same-sex marriage contract or civil union faces up to 14 years imprisonment.”
That law came into effect dated 7th January 2014 when it was signed by Nigeria’s President -Goodluck Jonathan.

Around four years ago news began to break that a coach of Nigeria’s International Women’s Football had sacked lesbian players from the team. A few months later this news was confirmed when Super Falcons coach, Eucharia Uche stirred the hornets’ nest when she made a remark regarding her position on ‘lesbianism’ during the lead up to the 2011 FIFA Women’s World Cup.
“Yes, the lesbians in our team were really a big problem,” she said. “But since I am coach of the Super Falcons, that has been cleared up. There are no more lesbians on my team; I cannot tolerate this dirty life.”

For her bluntness, she drew the ire of FIFA and a number of international gay groups. She was cautioned by the world football governing body, which through its head of Women’s competition, Tatjana Haenni said, “FIFA is against all forms of discrimination”.

The Nigeria Football Federation NFF in 2013 denied  that Uche had stated any of this and also commented that they had  not been under any FIFA probe or query.
The NFF’s Chief Media Officer, Ademola Olajire, was also quoted to have said.
“We all know of these vices, because lesbianism has become a thing of common knowledge that the female footballers no more hide it among themselves. However, those who indulge in the nasty act had promised to stop it and the NFF is putting measures in place to ensure that they keep to their promises.” 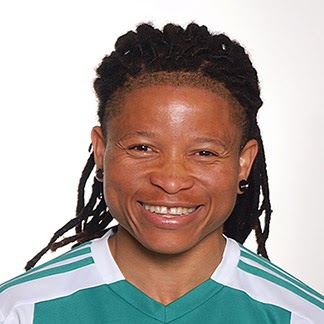 One former Nigerian football player, Chichi Igbo who is openly lesbian and not ashamed of her sexual orientation who now plays in Denmark says “I know how different I am. I love me just the way I am with all my imperfections and flaws and I owe nobody any explanation and won’t apologise for who I am.” Unfortunately none of her LGBT colleagues based in Nigeria are able to do the same and speak out.


Former National Athletics coach, Amelia Edet and Football coach, Joy Etim have been unanimous in their support for the bill.
“I think the President is doing the right thing because it (homosexuality) is something that is so common. It’s an old thing that has always been, even in sports; but it is not something that should be accepted. It is a welcome development and it is left for us as Nigerians to say that we are supporting the decision that he is taking,” Edet said.

Etim agreed. “It (homosexuality) should be criminalized. We want people to know that it is not good for sports men and women because if not tackled on time, it will become as widespread as cultism in Nigerian higher institutions”, she said.
Coach Edet agrees that a high number of female athletes engage in lesbianism, going by her years of experience with the Falcons and female track and field athletes.
“I had a problem when I was with the first set of our female footballers because some of them happened to be lesbians.”

Football coach, Etim agreed that the trend is widespread in sports. She however voiced fears at the early age some players now get involved in the act. “They need to be lectured about what lesbianism is and to be told that it is bad. It is rampant”, she said.
“I happened to interview some girls who came from outside Lagos and these girls were from a village and I had to tell them what it means and the repercussions that follow. Some of them are as young as 13 years. If you want to know them, they look and walk like boys, and even call themselves ‘Fine boys’ and you will know who plays the role of the male and the role of the female.”
Etim said, “I played football during the mid-eighties to early nineties and it wasn’t common during our time. But now it is too much. When I served as a coach with the national team, I heard there were a lot of them in the team but I was more focused on the technical aspect of the job.
“It is likely that it was going on but because they were big girls, they wouldn’t do it where I will see them.  Some of them would even go as far as paying for hotels outside the camp so there was little anyone could do.

Dilichukwu Onyedinma, was appointed by the NFF in October (2014) as deputy head of Fair play and Ethics, and is the person who caused international controversy with her campaign to drive lesbians out of Nigerian football a year ago when she stated: “Yeah, we don’t tolerate lesbianism and we always discuss it whenever we meet. We always warn clubs and club chairmen, to please tell their players to desist from it, because any player that we pick for national competitions, and we hear a little story that is involved in that, we disqualify the player.”

As of yet nothing has been explained as to how Onyedinma’s views and discriminatory actions can be reconciled with her duties as deputy head of the NFF Committee of Ethics and Fair Play and Article Three of the FIFA Statutes which aim to abolish all forms of discrimination in football.
FIFA : “Discrimination of any kind against a Country, private person or group of people on account of race, skin colour, ethnic, national or social origin, gender, language, religion, political opinion or any other opinion, wealth, birth or any other status, sexual orientation or any other reason is strictly prohibited and punishable by suspension or expulsion.”

Is it not now time for FIFA to take a zero tolerance towards member countries and their employees who are seen to be discriminatory on many occasions and bring in sanctions against these people and ultimately the country FA’s and ban them from competing on the world’s greatest stage in football of a World Cup Finals?

On the eve of one of the most important days in the history of women’s football in England, the game’s governing body is yet again mired in a discrimination related scandal. A Championship club chairman is facing an investigation for making racist and antisemitic statements whilst defending his decision to appoint Malky Mackay, a manager already under review by the FA for his own sexist, racist, homophobic, and antisemitic remarks in emails and text messages.
The question is, will the FA find the courage to take action in these cases or will they, once again, fail to tackle misconduct on the part of senior figures in the game?
In the programme for tomorrow morning’s ‘Just a Ball Game’? England Fans FC match, ahead of the England v Germany women’s fixture at Wembley, I have written on the need for football supporters to speak out and demand that the Football Association charge everyone, including leaders at club, league or FA level, who commits discriminatory misconduct.


“As a Patron of ‘Just a Ball Game’? it is a privilege to have been invited to join you at this fans’ match before today’s historic game at Wembley, the first time that England Women have been allowed to play on the hallowed turf of our national stadium.
My own current involvement in football administration came partly as a result of following the GB women’s team at each of their fixtures during the London 2012 Olympic Games. Throughout that tournament I pestered the FA’s then chairman and chief executive to build the momentum created around the women’s game in the Olympics, including holding a follow-up England match at Wembley.
Whilst it has taken over two years since London 2012 to bring about this momentous day, the FA has made some significant steps to enhance the women’s game, including significant new investment through the Game Changer strategy. That has brought about greater media and commercial presence both through and beyond the Women’s Super League. The leadership of FA National Game Director Kelly Simmons and her colleagues and their determination to build up women’s football in England deserves our thanks and congratulations.
Unfortunately though, the FA’s commitment to women in football has fallen short in certain areas, as I have had to point out repeatedly in the media this year. Sexism still exists at the highest level in football and the FA as regulator seems incapable of addressing that, let alone the racism or anti-LGBT discrimination that remains highly prevalent in our sport. There is absolutely no excuse not to charge a senior FA or league official with bringing the game into disrepute when they are sexist, racist, or homophobic. Anyone who commits discriminatory misconduct should face disciplinary sanctions, not just easy targets like players and coaches.
As football fans, we should all demand better of the Football Association. Whether you are a woman, a disabled person, part of the LGBT community, someone who is black or asian, or simply an ally of diversity, use your voice to call on the FA to effectively tackle discrimination in the game. Write to Greg Dyke the FA Chairman or to your County FA representative on the FA Council, petitioning them to respond properly when senior figures in football misbehave.
Football is our game, our passion, and an important part of all of our lives. Let’s be clear with those who administer the game that we won’t tolerate intolerance or discrimination. Let’s celebrate diversity and cheer on our teams at today’s matches.”

I encourage everyone who cares about making football truly inclusive to email Greg Dyke on chairman@thefa.com, demanding that the FA tackles prejudice at every level of the game.
Edward Lord is Chair of the London FA Inclusion Advisory Group, a Patron of LGBT  football campaign ‘Just a Ball Game’?, a Stonewall Ambassador and Role Model, and a former member of the Football Association’s Inclusion Advisory Board.
Posted by JUST A BALL GAME? at 17:06 No comments: