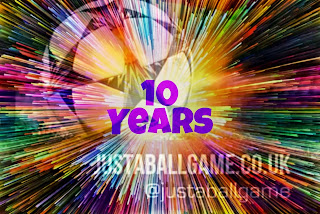 In 2020. founder of JUST A BALL GAME? Lindsay England gave an interview to Peter Millward on behalf of the Football Collective:

“So thank you Lindsay.  Erm, one thing as I’ve been undertaking this research is I’ve found out that you’re, well you’re really busy on the network aren’t you?  You’re really busy and you’ve got many roles through the Just A Ball Game? founder, the Bradford City LGBT+ Fan club co-founder and many others.  If we can start chronologically, is it the 10th birthday of Just A Ball Game? this year?”

B    “It will be, November 9th, 9/11, the official 9/11 if you want to see it like that.  It just happened like that, I never really thought about that to begin with, it was just down to officially, yeah, we did launch Just A Ball Game? as a campaign organisation on the 9th of November 2010.”

A    “And did I notice that it was originally going to be a more light hearted, Roberto Carlos’s Thighs?”

B    “Yeah so it originally Just A Ball Game? existed as a blog, so early 2009 I was doing a lot of voluntary work for what was then LGF Lesbian and Gay Foundation in Manchester, a couple of people I knew there were part of their North West Magazine editorial team and they wanted to touch on bits of sport cos they were interested in sport as well and it was something that was getting more and more prominence in the LGBT+ scene, not just in Manchester but across the country.  There was probably something like 25-26 different LGBT+ sports teams at that time in Manchester and had all been running for some time. So there was enough to focus on there plus all the work that I’d been doing myself and it made sense to do something as a short column for the on-line magazine and also the printed magazine that they had.  We got a great response from that and decided to set the blog up under the same name because yes the column in the Out North West Magazine was called Roberto Carlos’s Thighs and why not, if you’re gonna have a gay column about sport, why not, you know, he has got the best thighs in football, come on, at the end of the day.”

FOR THE FULL INTERVIEW CLICK ON THE LINK:  https://drive.google.com/file/d/104LDvcaBZzrZChe10nH75Oan7qtiokGi/view?usp=sharing 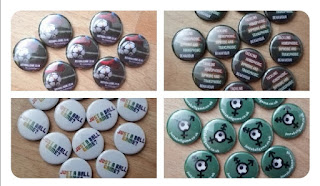 FOR MORE INFO ON THE FOOTBALL COLLECTIVE VISIT : https://www.facebook.com/TheFootballCollective/about/?ref=page_internal

WHAT IS THE FOOTBALL COLLECTIVE?
The Football Collective is dedicated network of people who wish to bring critical debate to football – for those interested and involved in building football for the future. Through sharp analysis and research informed original reporting, we aim to provide a platform for thought provoking critical debate in football.
Our manifesto is simple:
We are a network bringing critical debate to our game
To achieve this The Football Collective has two main aims:
Aim 1: Deliver high quality events that provide a platform for critical and collegiate support, the dissemination and discussion of research findings, the development of research ideas and the enhancement of collaboration across the collective. Watch this space for our first conference in Manchester, December 2016.
Aim 2: To show case best practice and help share academic peer reviewed research in an accessible and understandable format for all. This includes:
- Share evidenced based commentary on football issues
- Disseminate peer reviewed research on football
- Open debate around key issues in related to football
All research published on The Football Collectives is Edited by the Collective Board. The Collective Board ensures that research contributions are current, relevant, appropriate and ethical, whilst also providing an informal peer review support for contributors.