Manchester United FC u17 Centre of Excellence player Emily Ramsey signs as youngest ever Patron of JUST A BALL GAME?


Manchester United FC u17 Centre of Excellence player Emily Ramsey signs as youngest ever Patron of JUST A BALL GAME?
For a number of years now Just A Ball Game? (JBG?) have been proud to build on an LGBT/ straight alliance and we are very excited to announce our youngest ever Patron and straight ally in Emily Ramsey.
At 15 years old Emily plays Goalkeeper for Manchester United u17 Centre of Excellence team and is also a current England u16 squad member after making her debut against Germany in November 2015 at St. George’s Park. Playing the game is not the only talent the young Lioness has, Emily also qualified in 2015 as a referee. 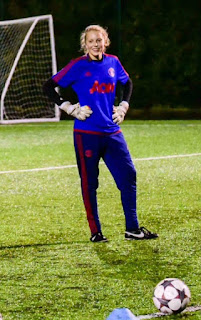 Emily had this to say about joining JBG? campaign organisation, "I am proud to have been asked to become a young patron of Just A Ball Game? Hopefully, other young athletes will be able to relate to my journey, and see that role models don't have to be famous - anyone can be one if they work hard and follow their dream.
I'm looking forward to working with JBG? to help promote equality in sport across all ages and abilities."
A spokes person for JBG? says,” It’s our hope that Emily will be seen by young people as someone to look up to and aspire to in all she achieves, and that as an organisation we will support her career wherever that may take her.” 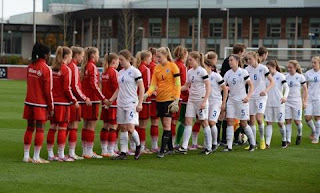 www.justaballgame.co.uk .
Posted by JUST A BALL GAME? at 17:30 No comments: