JBG? team up with GMB Shout! NW with donation to homeless refuge. 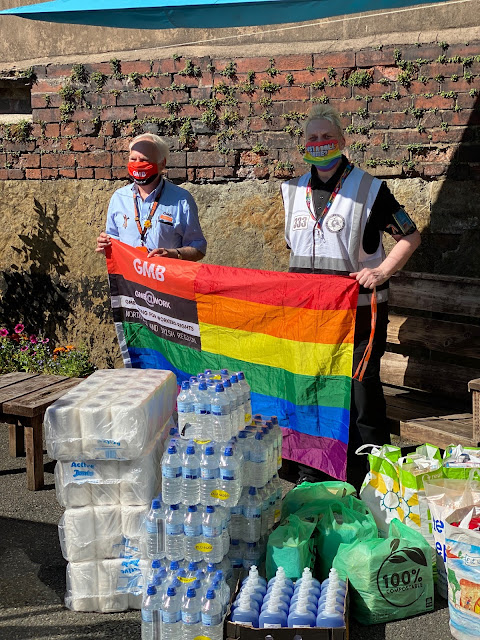 .
JBG? team up with GMB Shout! NW with donation to homeless refuge.
With this year's Manchester Pride cancelled because of the Covid-19 situation, GMB Shout! NW teamed up with JUST A BALL GAME? and put their time and effort into making a donation of food and toiletries to TRAMWAYS who provide emergency accommodation for the homeless.
The items were gratefully received by the business owner Sonia, who thanked everyone for "The very generous donation given, " and staff member Stewart at the Bolton refuge.
The handover of items was also supported by local GMB Bolton23 branch president Jo Pitchford and branch secretary Alan Flatley along with GMB NW&I political officer Neil Smith. They were all joined by
JBG? founder Lindsay England who works for Events Security Services at the complex.

Several months ago an online poll of 2,109 people by YouGov on behalf of the LGBT youth homelessness  charity AKT (formerly known as the Albert Kennedy Trust) found a quarter of adults in the UK would not feel proud to have an LGBT+ child, as part of a new study.

They  asked people how they would feel in a range of scenarios if they had a child who came out to them as lesbian, gay, bisexual or transgender, other.

When respondents were asked whether they would “feel proud to have an LGBT child”, 26 per cent of those polled disagreed.

Less than half (46 per cent) of people surveyed agreed with the statement that they would feel proud to have a child who had come out.

We know that LGBT+ youth are disproportionately likely to experience homelessness, comprising as high as 40%  of the total population of youth experiencing homelessness. LGBT+  and young people of colour reported twice the rate of homelessness compared to white LGBT+ youngsters. 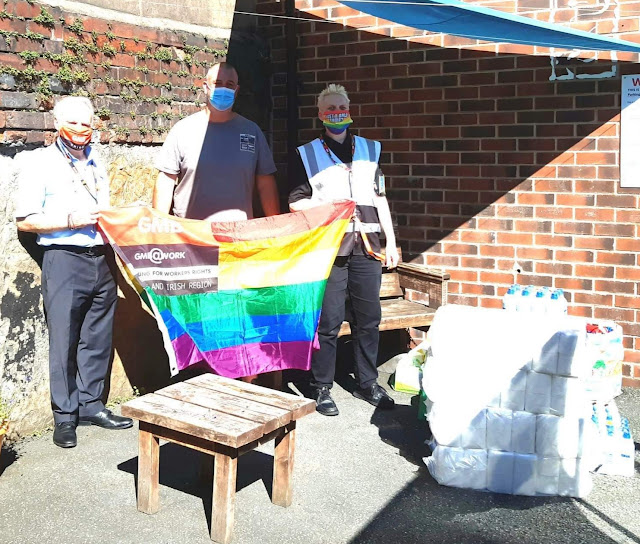 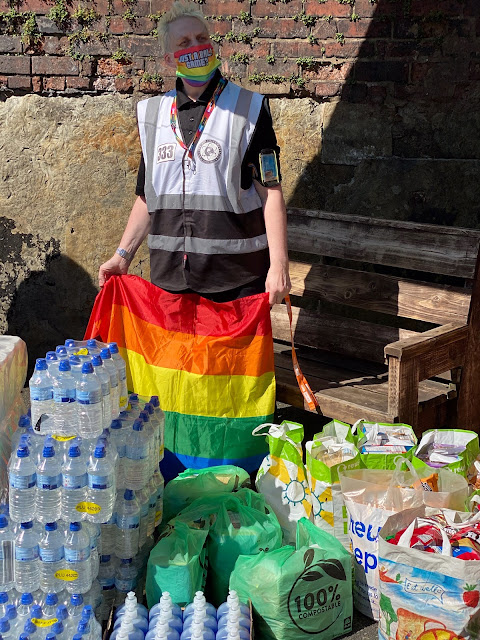