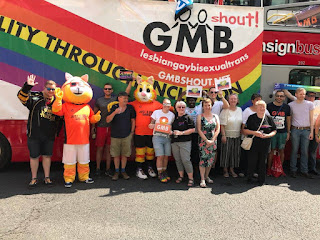 GMB Trade Union National President on board as Patron.


Sport LGBT+ campaign organisation JUST A BALL GAME? (JBG?) are delighted to announce that Barbara Plant, National President of GMB Trade Union has joined them as an ally and Patron.

A sporting environment at grass roots or professional level is as regular a workplace as any other and covers many different occupations alongside volunteer opportunities.

For some time now JBG? and the GMB have partnered up on various events looking at challenging homophobic, biphobic and transphobic (HBT) abuse in football and other sports, while at the same time raising awareness and visibility around LGBT+ inclusion and having the union’s president is a further step forward. 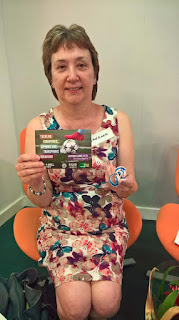 “As GMB National President I am delighted and so proud to become a patron of Just A Ball Game? and stand in solidarity with its aims.”
“ The work that JBG? does in promoting LGBT+ equality, inclusion and diversity in the world of sport is so important and necessary. Fighting discrimination in the workplace is something we do daily as trade unionists.”- Barbara Plant. 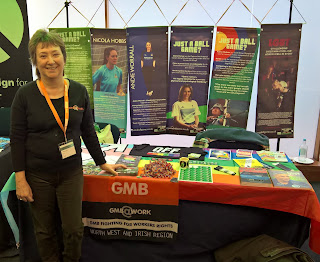 JBG?’s London officer Samantha McLaughlin says, “Barbara is and always has been a supportive ally and a strong activist for equality issues, having her as one of our patrons will enable us to evolve JBG?  using the power of the union both regionally and nationally.”