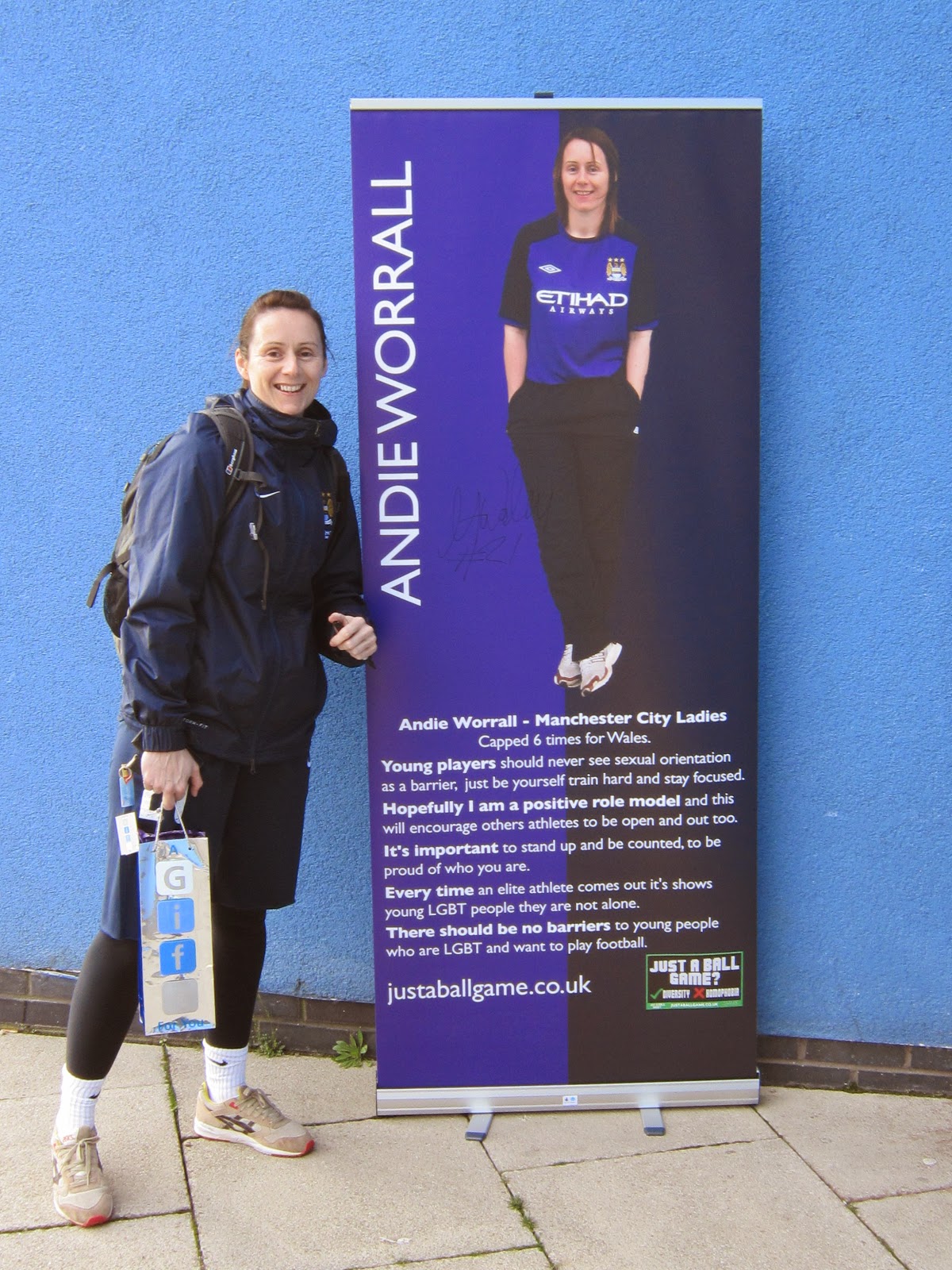 This years elite football league FA Women's Super League kicks off in April for its fourth season boosted by a second tier for the first time along with promotion and relegation. Long term established grass roots Women's team Manchester City WFC have a squad in the top flight for the very first time and 27 years on from first keeping goal our patron Andie Worrall will be stepping out  with her team mates into the big time as a proud Mancunian.

Here is a bit of an insight through Andie as to what has been going on in the build up to this season kick off from a Manchester City (and FA Wales) perspective.

February 2014 saw Just a Ball Game? have our pop-up exhibition displayed at the National Football Museum in Manchester for 6 days as part of LGBT History Month 2014 celebrations. On that Wednesday evening we hosted a panel Q&A with some of our patrons and guests from within football including the Professional Footballers’ Association, Kick it Out and the FA which was open to the public to attend and was also recorded by a BBC5Live team lead by Math of the Day presenter Mark ‘Chappers’ Chapman for one of their radio specials. 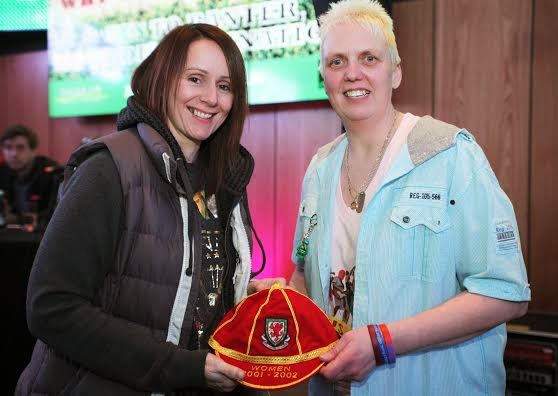 Our patron and LGBT ROLE MODEL of the YEAR 2013 winner Andie Worrall was one of the guests on that panel. As everyone took their seats for an intriguing and mature debate on Homophobia in football and the inclusion and visibility of LGBT people who play the game Andie was presented with a FA Wales cap which she had earned some 12 years earlier playing as goalkeeper and captain for the Welsh women’s team (one of 6 she gained at that time) a cap which back then had been sent to her Merseyside club and had gone missing. Very few people ever get to play international sport and representing your country at what you do is a huge honor within the women’s game, and it was sad to see that a memento from that place in  history wasn’t with it’s right full owner, so we at Just a Ball Game? decided to track it down and re-unite Andie with  the said cap. 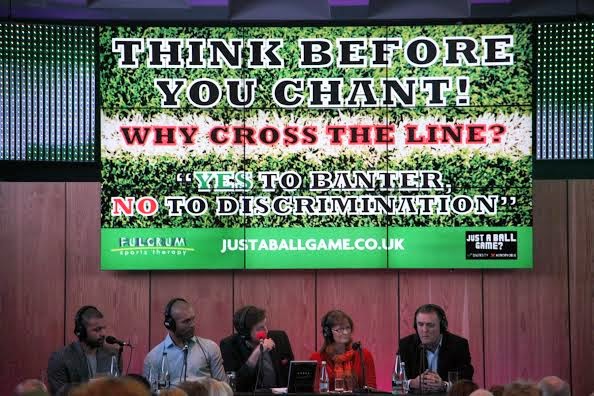 The Welsh FA have also been keeping tabs on Andie through the close season and her fitness, and we are proud to say that several weeks ago she was approached by the manager and coaching staff and asked back into that fold, albeit it only as a standby keeper for recent international due to full time work commitments.

As part of the build up to an intense training package for the new team mates at Manchester City which include a mixture of the existing players and the inclusion of a string of Internationals, four of whom play for England, captain Steph Houghton, Goalkeeper Karen Bardsley, Midfielder Jill Scott and Striker Toni Duggan and New Zealander Betsy Hassett the team were taken off to warmer climate of La Manga for a few days training and bonding.

We caught up with Andie a few days in to ask how things were going?
JBG?- “ What’s going on out there with you girls? What’s the winter weather like out there as we know you don’t go much for the cold? And what else have you been getting up to, is there much free time etc to see anything of the surroundings? Tell us what it’s like pre-season for an FA WSL team”

Andie, “It’s a little bit wet and windy if I am honest not the sunniest of days but not cold either although I am still wrapped up when we train, and the pitches and facilities are first class which actually make for great  pre-season training conditions after all we are here to work.”
“We have all been roomed with another player so there is quite a bit of bonding going on as we all get to know each other, and there are a few high jinx to be found when we have our relaxation time.”

“We are pretty much isolated out here miles away from anywhere really, no shops or bars,or sightseeing, but this makes a perfect place to get on with things with no distractions. We do have our down time to let our bodies recover so we are having to make our own entertainment and the girls seem to be enjoying the tunes blasting out (which are not to my cup of tea) give me Arcade Fire and Indie tunes any day as opposed to the music they have on which is very poppy and rap or R& B orientated.”

“The food is great out here the caterers are doing a great job of building up our strength with some tasty pasta, chicken and fish, and they also do a mean cake!” 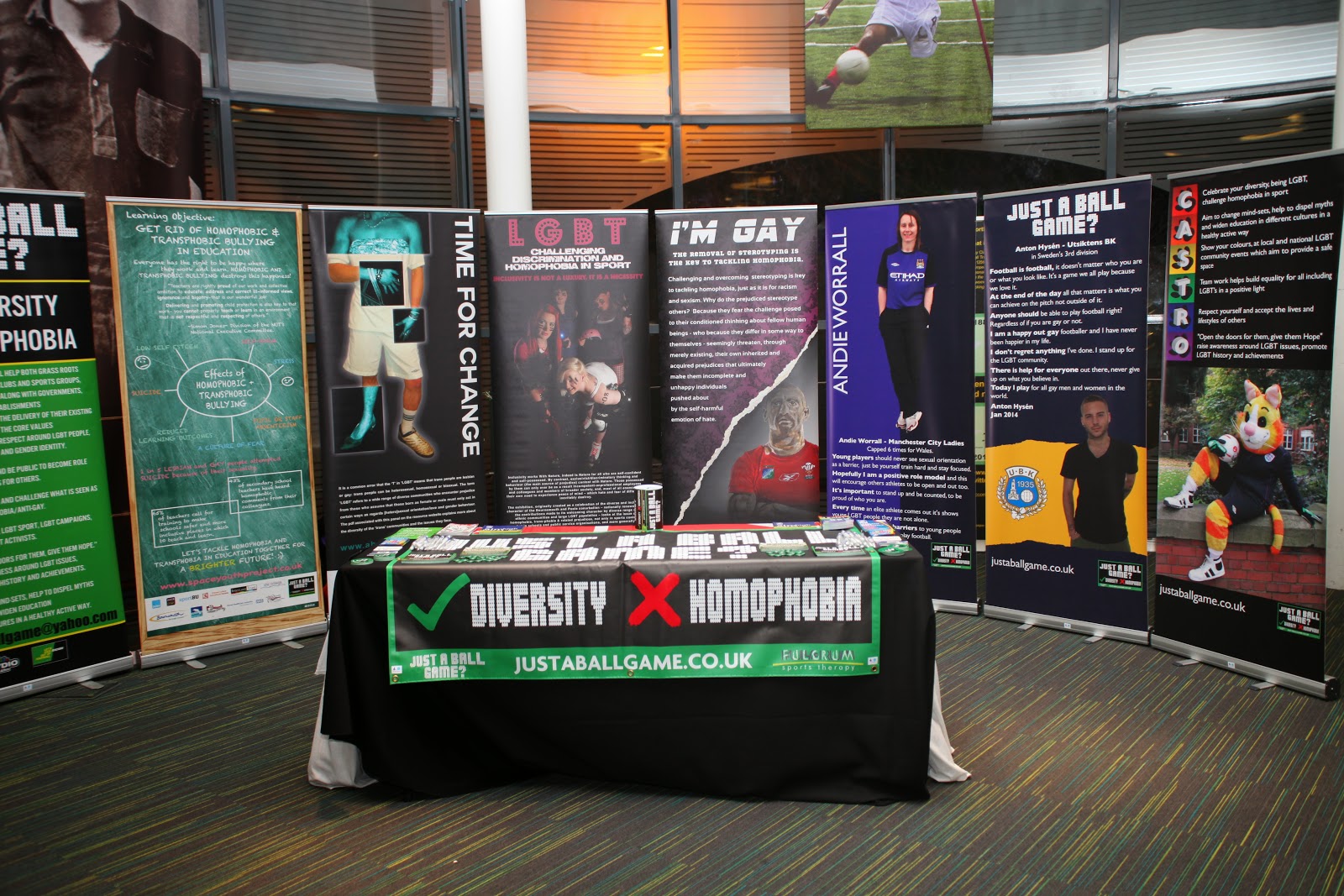 Lindsay England   -Founder Just a Ball Game?
Posted by JUST A BALL GAME? at 17:23 No comments: