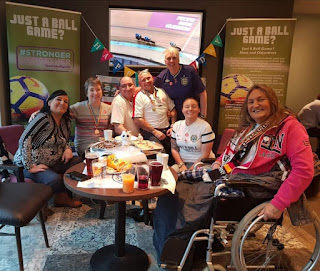 Following on from planned 9th birthday celebrations JUST A BALL GAME? extended events to a whole week so as to enable our friends and partners to participate alongside our committee members and volunteers.
We are therefore happy to report that the following 9 events took place headed up by JBG? and also the two LGBT+ fan groups of Bradford City and England Lionesses whom we project mange.

No1.
We travelled to London and held meetings with both new and existing partners to arrange events for February 2020 as part of LGBT History Month. 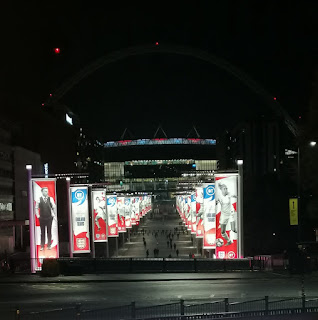 No2.
We attended the Underground Fan club Lucozade event which was a warm for fans and media folks from within the women’s game prior to the international friendly next day. 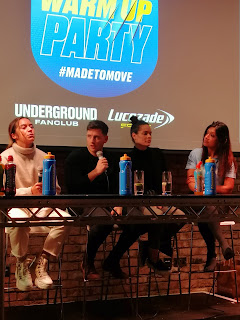 No3.
We had a meeting with Skye Stewart chair person of Black Country Fusion FC, handing over some training bibs for the ladies team and we are proud to announce that Skye also agreed to come on board with JBG? in a more official role as our second trustee/ambassador. 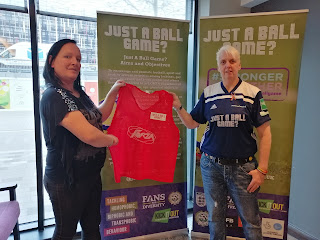 No4.
We held our 9th birthday party in the Premier Inn Wembley Stadium (a hotel we often use or recommend for folks who need accommodation in the North London area) complete with cake, party bags and refreshments for our friends and volunteers, and we had space to showcase our resources and banners to the general public using the hotel. 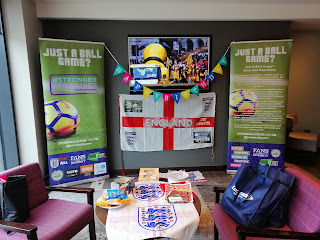 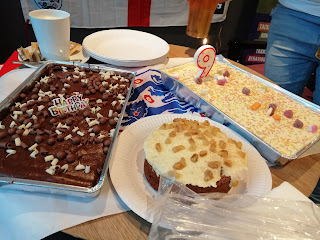 No5.
We had the pleasure of being joined by GMB trade union’s National President Barbara Plant who is one of our JBG? patrons , and on our behalf kindly made a presentation to Skye Stewart in recognition of the LGBT+ inclusion work done by Black Country Fusion FC. Each year we thank an individual, team/club or group or organization who have helped us challenge homophobic, biphobic or transphobic bullying and this year JBG? presented the silver salver to Skye for the tremendous work done by everyone at the club in grass roots football and beyond. 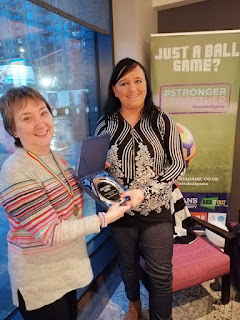 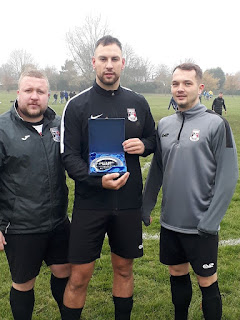 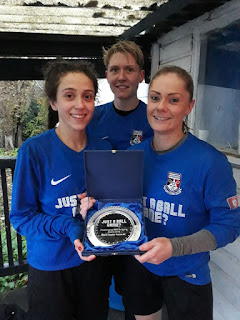 No.6
We took several GMB trade union members who are LGBT+ to the England Lionesses game at Wembley stadium thanking them for their support as members of LGBT Lionesses fan group which JBG? project manage. A great day was had by all and we accommodated our disability members and had a presence inside the stadium with numerous LGBT+ inclusive flags and banners while cheering the team for the historic match. 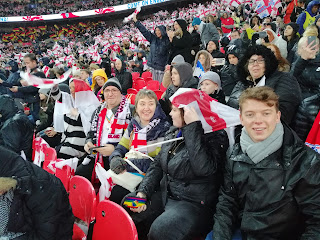 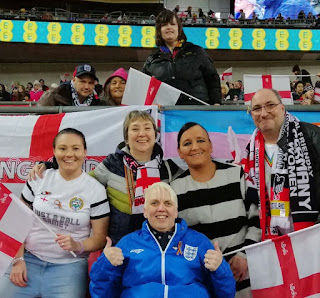 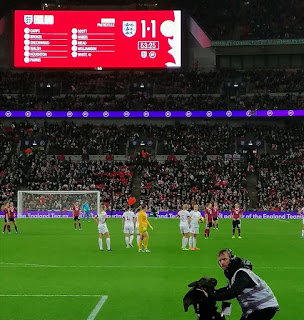 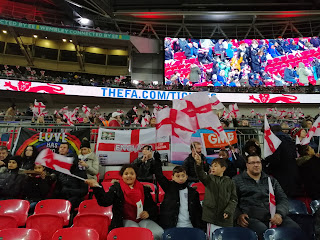 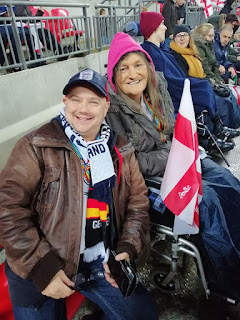 No7.
We presented the new kit to our JBG? ladies 5’s team who play Tuesday evenings at Goals Manchester. 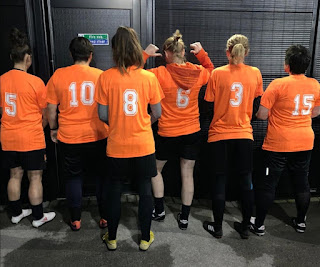 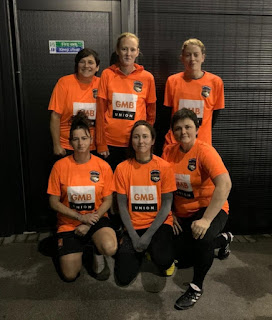 No8.
We thanked GMB North West & Irish trade union for their funding over the past 12 months which enabled us to continue with much needed educational sessions, attend meetings and conferences, local pride events and also replenish some of our stocks of resources when we presented framed JBG? football shirts to the Regional Secretary Paul McCarthy and Equality Officer Lisa Ryan. 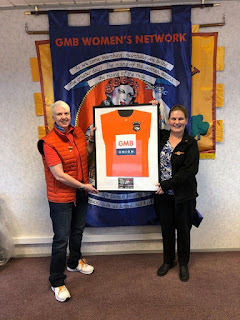 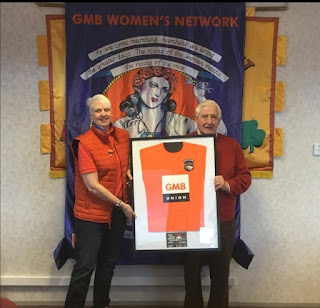 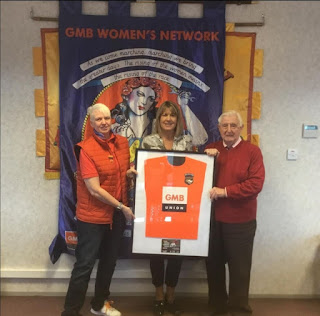 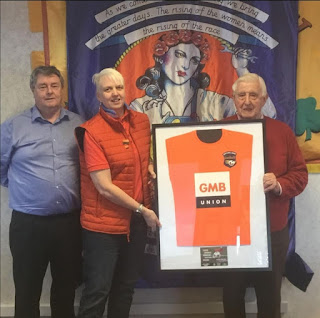 No9.
We celebrated our birthday during weekend long working group meetings in Bremen Germany with our partners from Queer Football Fanclubs. Our project managed Bradford City LGBT fan group are members of QFF and JBG? have partnered and supported the European network of fan clubs for over a decade. 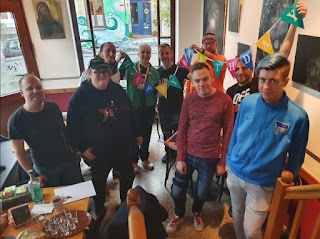 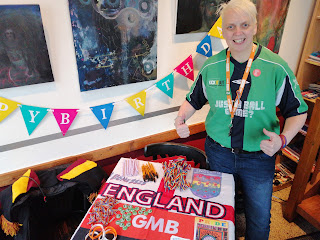 A fantastic year and we are already looking forward to and planning for 2020 celebrations!
Best wishes, team JBG?
Posted by JUST A BALL GAME? at 00:58 No comments: