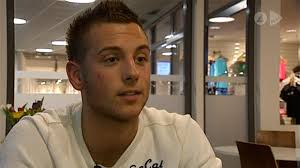 Today Gaydio the lgbt radio station in Manchester interviewed the editor of Swedish magazine Tobias Regnell and asked him his thoughts on Anton Hysen's decision to 'come out' and what the reaction has been from the Scandinavian country. Here are some of the high lights of what was said taken from notes which i made while listening in.

"It's the belief that although there is homophobia within the football ranks of Sweden's fans who frequent the terraces the level is not the same as in England, said Regnell."

When Anton Hysen brother of Sweden International and ex Sunderland player Tobias publicly declared his sexuality this week "the news was a big deal in Sweden to a certain extent, but then when the news hit England, France and Brazil things escalated ten fold."

"In Sweden in the women's game there are several big stars who are out and proud, there are too also other sports stars who are open about their sexuality, but Hysen is the first male professional player to do so."

"He is not a great player, not as good as his dad (former Liverpool player Glenn), but he could reach the top level in a couple of years."

" With this news of the player being global, here in Sweden there is a debate around homosexuality in football and sport live on Swedish TV tonight, said Tobias."

"Anton plays for 4th division side Utsiktens BK and is 20 years old, he also played for the national representative U17's side."

" This issue is unheard of in football in Sweden,its a very conservative environment to be in."
"Anton has received good support from FIFPro (the world players union) and also from other players and managers themselves."


Along with this radio interview I myself have followed the news this week and collected a little research, and applaud Anton for taking this huge step, and a very brave one, here below are a few comments and notes from Sweden about the reaction to him being in the news.

The Swedish Football Association welcomed Hysén's stand, expressing a hope that more gay footballers would be encouraged to talk openly about their sexuality.
”I think this is very positive. It was about time – it is part of society and it must be normal and should be nothing out of the ordinary,” Susanne Erlandsson, vice chairperson of the Swedish Football Association.

Ulrika Westerlund at the Swedish Federation for Lesbian Gay, Bisexual and Transgender Rights (Riksförbundet för homosexuellas, bisexuellas och transpersoners rättigheter - RFSL) concurred that homophobia, like racism, remains a barrier within sport in Sweden and that Hysén's stand could only help to break these down.

"I would say that there are a great number of young boys out there who will see Anton as a role model today - he has shown that you can be gay and be a skilful footballer," she told The Local on Thursday.


Unfortunately not everyone's reaction to Hysen has been positive, on Wednesday, many insults and prejudice could be found on the web site of fotballskanalen.se one of Sweden's main sites hosted by national TV channel TV4, and the site had to be shut down.

Anton's father said he thought that both Anton and his brother Tobias must brace themselves as sadly there will be reaction of homophobia from both the terraces and inside the dressing room from team mates.

LGBT organisations believe that not enough is being done to bring about change in this type of attitude within football and state quite clearly that they believe the responsibility for any change lies with managers and leaders of the game.


Below are a couple of links to short film of Anton for you to enjoy, that is if you are able to translate the Swedish!!

http://www.youtube.com/watch?v=ghe4cFkxJkk
Posted by JUST A BALL GAME? at 22:14 5 comments: 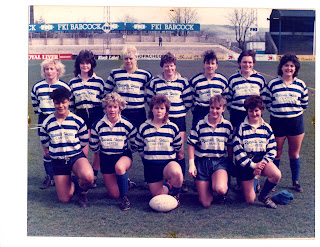 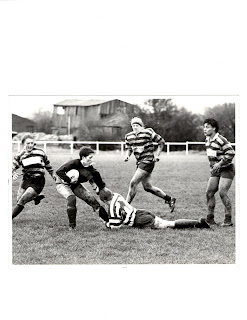 Its hoped that the up coming Sheffield Eagles match in March 2011 as part of a sponsorship deal with Pride Sports and LGBT History Month, when the team will turn out in a special kit with 'Homophobia Tackle it' displayed on the front will highlight issues around LGBT participation in RL and raise awareness that any homophobic abuse is unacceptable and in many cases unlawful when aimed at LGBT's and indeed anyone perceived to be so, and help create a more respectful and safer environment to play, coach, administer, and watch the game in.
..
Posted by JUST A BALL GAME? at 20:11 No comments: