media release from our friends at SHEKICKS- JBG? Complete a Tournament Treble.

JBG? founder, Lindsay England, reports on the team's latest success, which has now seen them win three tournaments in the space of 28 days. 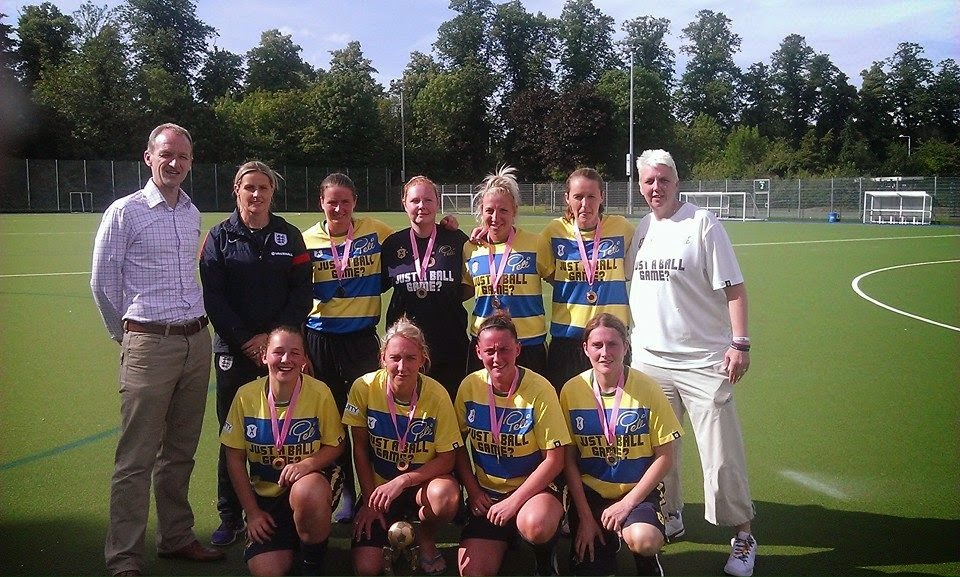 An early morning start, with a two-hour trek to Nottingham over the hills and dales gearing up for Le Tour, and a couple of changes due to players being unavailable didn’t deter our JUST A BALL GAME? (JBG?) ladies from achieving their goal of making it 3 out of 3 tournament wins in just 28 days, as they claimed the Football v Homophobia 2014 title. 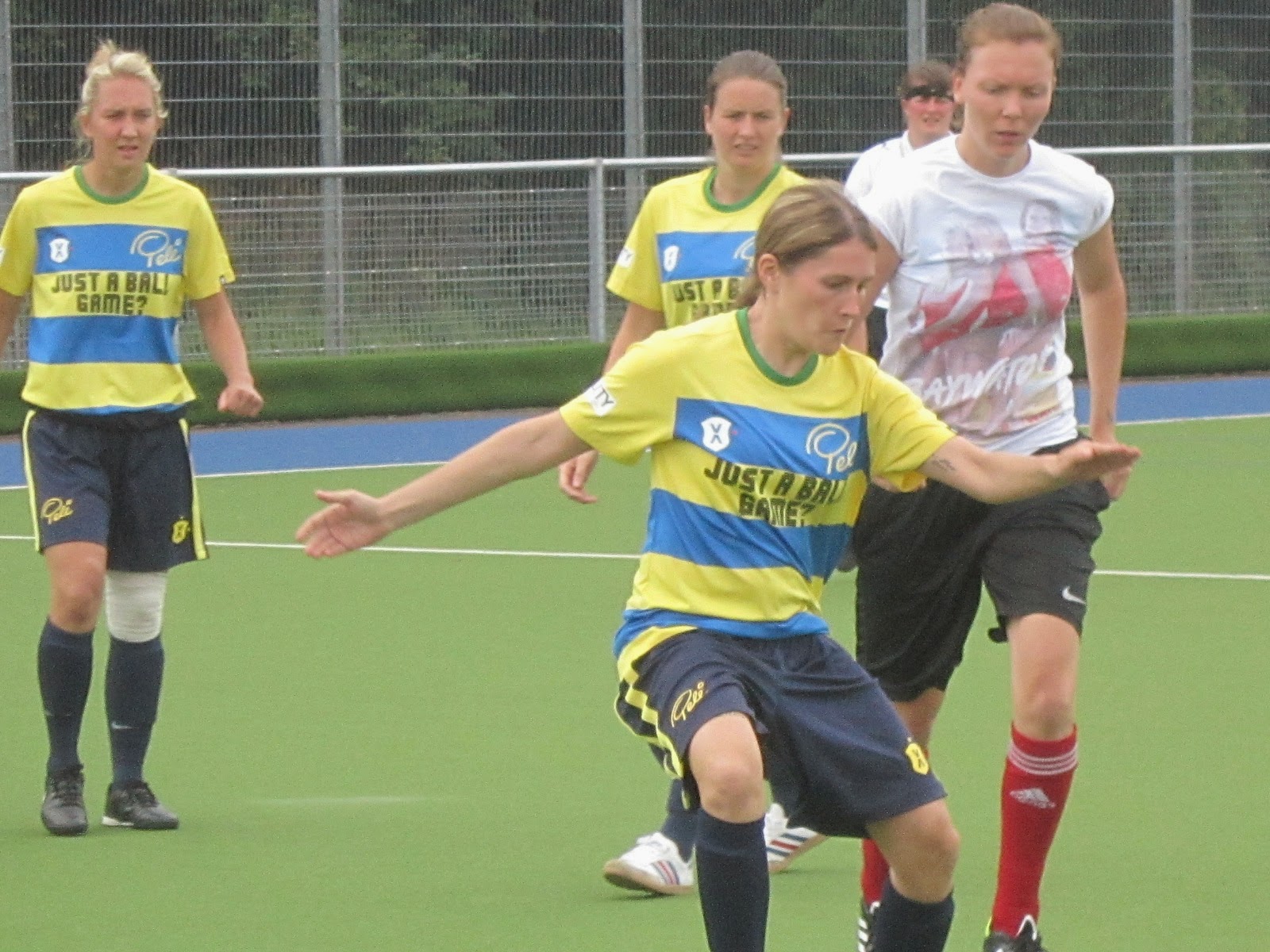 Nottingham University has been the venue for this LGBT awareness event endorsed by the FA for the past 5 years but it was a new challenge to JBG?
With former England Youth Internationals in ex-Everton and Liverpool forward Chantelle Parry, and ex-Stockport County player Jade Malpus drafted into the squad for the 6-a-side tournament, there was always going to be a quality strike force on show and 36 goals later the class told, as Parry weighed in with 12 goals and Malpus 7, sandwiched in between was the 8 from Michelle Kirkman-Ryan. 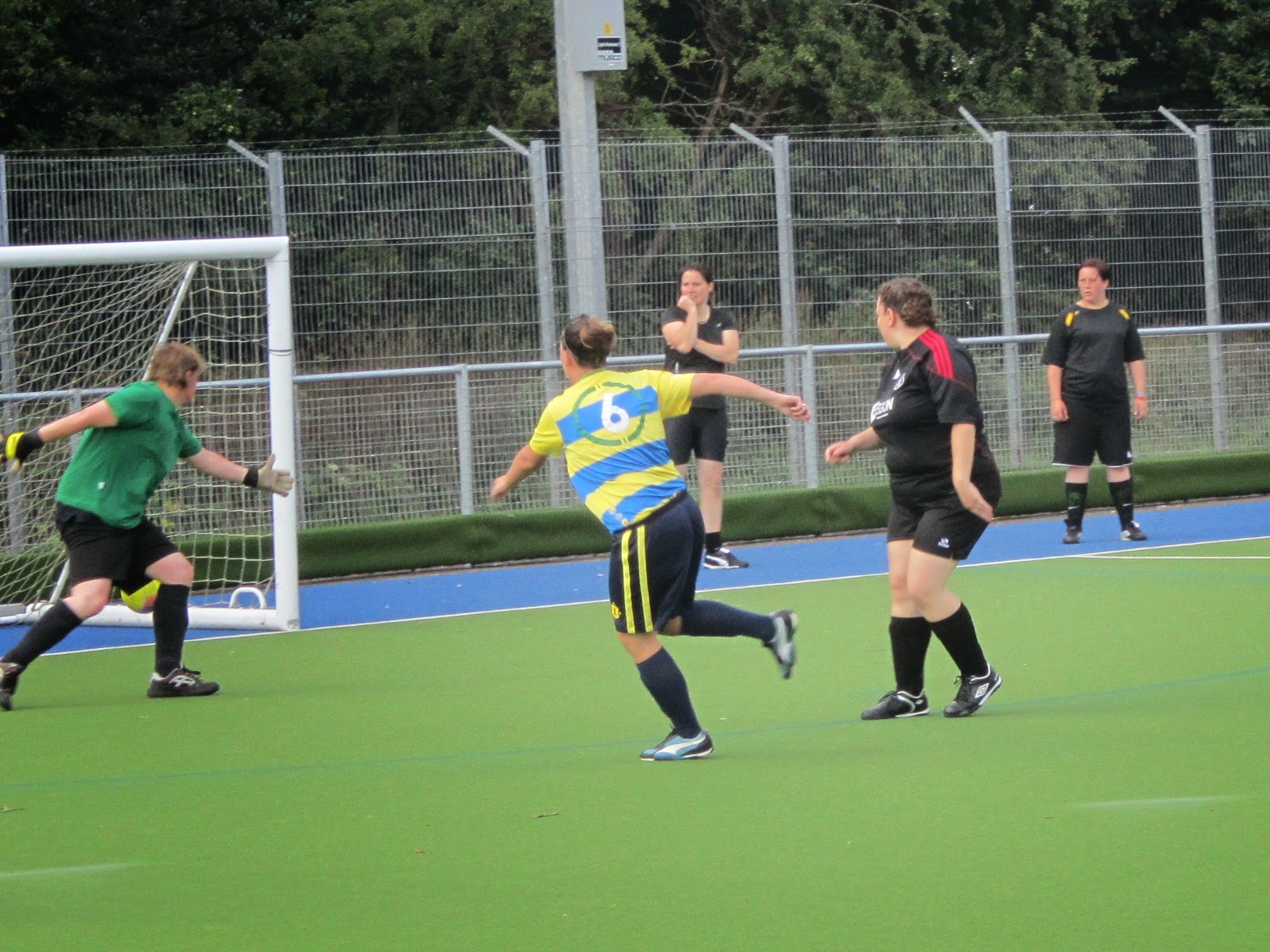 Newlyweds, Leanne Ashton-Smith and Steph Ashton-Smith were both commanding in defence and left side of midfield respectively, so much so that only 1 goal was conceded in the first 4 games as the strikers notched up 17. Following a couple of 6-0 efforts, JBG? were pegged back to a 2-2 draw with a North West veterans team before running out commanding winners in the semi-final re-match which ensured a place in the final.
The showpiece event was cheered on by England and Arsenal legend Kelly Smith, who also handed out the trophies to all the day’s winners and runners-up in both the men's and ladies' competitions. 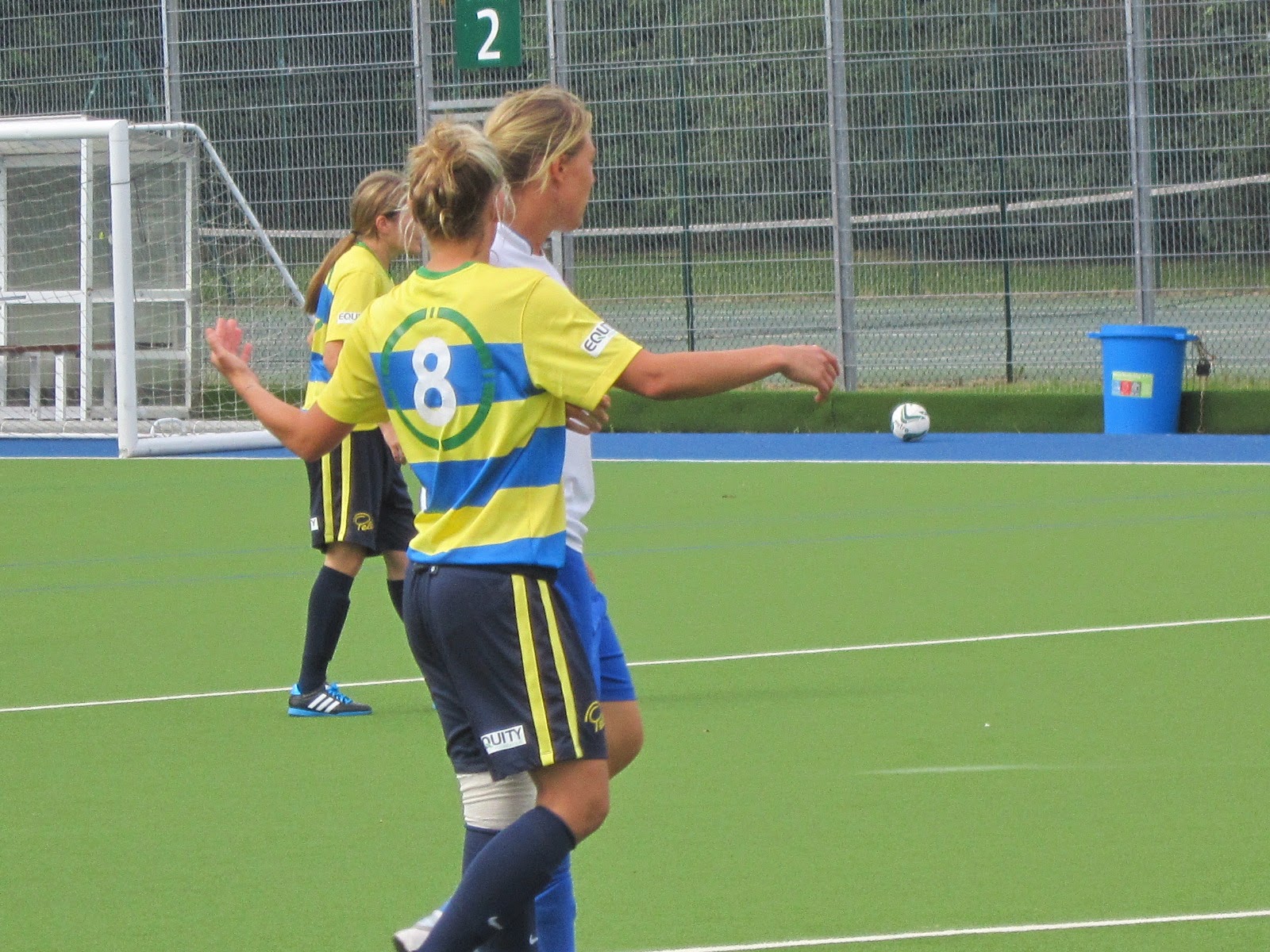 The final was a close affair against Mansfield for several minutes, until Parry broke the deadlock and then doubled her tally to seal the win. The 2014 summer will be an unforgettable one for the JBG? ladies, 3 tournament wins is an achievement in anyone’s books but to do it in 28 days is something special.
Posted by JUST A BALL GAME? at 17:54 No comments: