talksport so long as you are not female! 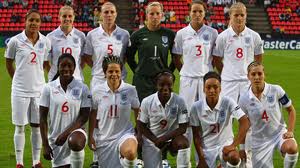 On several occasions throughout the year some TALKSPORT presenters have felt  the need to be homophobic.On several other occasions they have also been extremely sexist, like they were last Friday (17th DEC. 2010) on the Drive time show. Adrian Durham teamed up with ex-professional Alvin Martin (who to be  fair didn't share the same anti- women in the game stance as Durham,) but it still amazes me how far this radio station will allow a so called debate to go.
So what is all the fuss you may ask?
One of the topics under discussion that afternoon was a feature on the English women's game and the fact that finally after years of existing on their own personal income to fund playing our national sport, and a little here and there in expenses if you raise yourself to the dizzy heights of pulling on an England shirt, women and girls are finally  to be helped out with 3 million pounds ploughed into the game.
''Can you give me one good reason why they should get the money?'' asked Mr Durham.
''The money would be much better being handed over to grass roots development for boys as in the future they are the ones who will go on and win us the WORLD CUP."
'' There is no point in putting money into the women's game as there is no end product.''
'' The girls and women could, like they have done before get to a finals, they could also win, but what does that matter to football fans and the rest of the country? There would be a fuss for 15 minutes  or so then everyone will just get on with what they are doing and the win would be forgotten about."-Durham protested.
''Why do the FA need to give the women this money when they are skint? I haven't found one good reason why the women's game needs the money, and all it will do is take things away from a small boy who wants to play the game.''
'' Why do they need the money? They can already play in teams and in leagues and compete in competition at EURO and WORLD level.''
'' I really wanted to have an intelligent debate on this,'' Durham said ''it's puzzling me why the FA have chosen to spend the money on this,I do wonder about the wisdom of spending money on the women's game."
''Call us, text us, email and let us know what you think,'' he stated.
I phoned, only as usual unless you are in the 'talksport click' you are told  that things have moved on and the 5 minute debate on this topic was over.A couple of listeners in the same thought as Mr Durham were allowed to air their views, Alvin Martin disagreed, Durham continued with rant and things were wrapped up on the subject,''There's no end product to the women's game."

So to echo what an ex England player Marrian Spacey pointed out to Mr Durham and to let you all know the stats around the women's and girls game, I found out at an FA coaching event in January of this year provided by Hope Powell, here are just a few reasons why the money coming into women's football in England is well over due but greatly needed by all.

The money brought in will fund the following:

No less than 8 clubs in an elite league, with players on 16k a year through central contracts, there will be 20 players per squad and a salary cap.
The game will grow and an England girls/ women's set up could be up there with the best of the other women's teams for some time, also for the first time young girls will have role models to look up to and emulate, (they may not do this in football but in other sports) as those watching the women  play the game may enjoy doing so, seeing a female be successful
Youngsters will become fit and healthy if they play.

Talksport presenters and many of the listeners show that the game we gave to the world is still very much considered to be a very male macho orientated one. But times are a changing and with the funding coming in to boost female participation, we could be cheering on World Cup winners who are female, but who are more than willing to role up their sleeves and be counted in a rough an tumble contact sport, emulating the boy's and men's achievements.