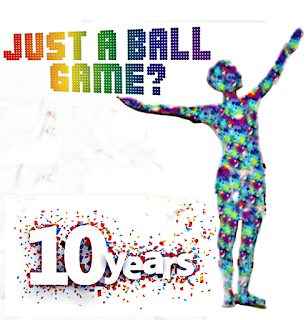 JBG? THE SURVEY-2020 HOMOPHOBIA, BIPHOBIA and TRANSPHOBIA IN SPORT

LGBT+ campaign organisation JUST A BALL GAME? (JBG?) work to raise awareness around inclusion and visibility for LGBT+ people in football and other sports. As part of our 10th birthday celebrations we have released our report from the survey we conducted earlier this year.

The research published in the documentation was conducted by Lindsay England, founder of “Just a Ball Game?” (JBG?) in partnership with Peter Millward (Professor of Contemporary Sociology, Liverpool John Moores University). This survey is a 10 year on follow up from the original piece of research which was conducted by JBG? a decade ago.

2.     Only 58 out of 133 who responded to the question ‘’Do you feel satisfied with the responses you got when you reported the homophobia, biphobia or transphobia?’’ felt that the response they got after reporting the bigotry was satisfactory. This figure highlights the need for further sensitivity and improvements.

3.     Findings underline those across the survey in highlighting modest improvements in the landscape but still much work to be carried out given that the prevalence of LGBT+ discrimination continues to be high. 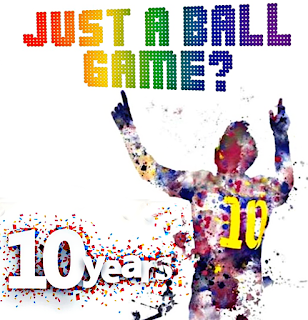 Chair of AFC Rushden &Diamonds Ralph Burditt says, “"It's excellent to see the results of the excellent work that JBG? have done in compiling this data. We have long known that sport has issues with discrimination on the basis of sexuality, but understanding the detail around this, where the specific problems lie and how the issues are changing with time is a vital next step in working towards a discrimination-free future."

Former professional player and another of JBG?’s patron Adam McCabe had this to say on the report:

“The JBG? report is a valuable tool that highlights the necessity to continue fighting for inclusion in football. As seen recently in the USL Championship regarding the abuse received by Collin Martin, it is as important as ever to educate, define and report issues surrounding all forms of abuse in football. The JBG? report does an excellent job not only highlighting how far the game has come, but also how far we still have to go.”

The report can be read in full here: https://docs.google.com/document/d/1sfLFDwfyZn4PgV-jLVlIJ4zq0f5raPy_m36XjC55ptw/edit?usp=sharing

It can also be accessed from our blog and website, http://www.justaballgame.co.uk/blog alternatively you can request a PDF file.