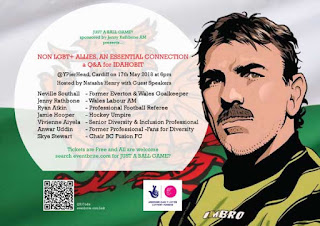 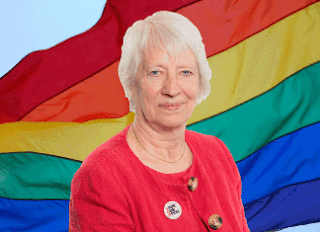 Thanks to extremely generous sponsorship from Jenny Rathbone Welsh Labour Assembly Member, we are happy to announce that former Wales and Everton legend Neville Southall MBE will join us alongside a number of other guest speakers at Cardiff’s Pierhead building on May 17th for an evening of chat and friendship to celebrate IDAHOBIT 2018 titled: NON LGBT+ ALLIES, AN ESSENTIAL CONNECTION.

Neville Southall champions the cause of both Bradford City LGBT+ fan group and JBG? stating: “I think it’s important that the football community and the LGBT+ community talk more, maybe that is something I can help with?” 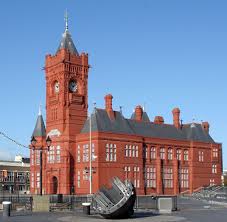 Cardiff born gay man Bob Woods, a long term volunteer for JBG? who has a trans foster daughter says: “It's never been more important for LGBT+ activists and our allies to come together to defend the progress made and to move further forward in our fight against homophobia, biphobia and transphobia, so please come to Pierhead to network, organise, resist!”

Roisin Wood, CEO of Kick It Out, said:
“The work that campaigning organisations such as Just A Ball Game? undertake plays an important role in promoting messages around LGBT+ inclusion and Kick It Out are pleased to endorse this event.”
“It is essential that discussions are held to raise awareness and address the current issues regarding discrimination against LGBT+ individuals and groups in sport and society. The event at the Pierhead Building promises to be a fantastic occasion in recognition of International Day against homophobia, biphobia and transphobia.” 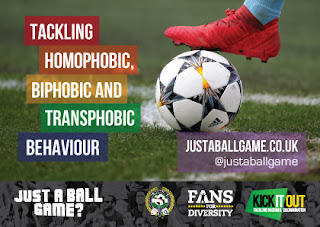 Tickets are still available from this Eventbrite link: https://www.eventbrite.com/e/non-lgbt-allies-an-essential-connection-tickets-45404261368