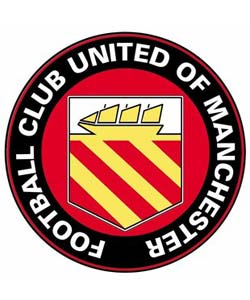 Great news that both the men's and women's teams from FC United of Manchester have simultaneously signed up as one of our partner clubs over the last few days. 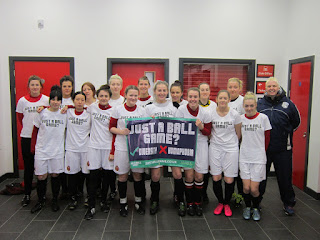 In a show of support for JBG? as a campaign organisation and also the fact that February is LGBT History Month, the club had installed our banners in the stadium and 3G training pitch (where the women play) and during recent games the players warmed up wearing out JBG? t-shirts.
Added to this an article was produced in the match day programme and announcements made over the tannoy system before the game and again during half time to inform supporters of the partnership. Many of our resources and information flyers we handed out at the games, and the social club on hosted our TIME FOR ACTION educational exhibition over the weekend. 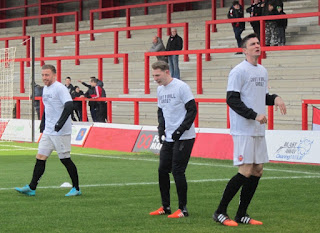 All this was done by the club and we at JBG? could not have asked for any more.
Founder of JBG? Lindsay England had this to say:
"Its great to see a young progressive club which is fan based reaching out to a local community, the people I have engaged with are very dedicated and busy on match days to help make things go as smoothly as possible and you are a credit to the football family.
I wish you well in your fortunes on the pitch for both men's and women's teams future success and look forward to partnering with you all again." 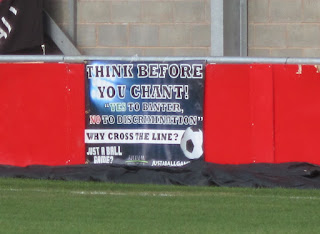 Event days and resources supported by: 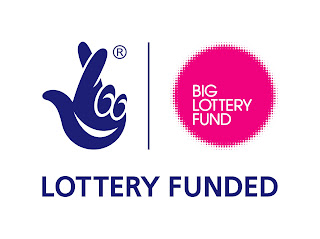