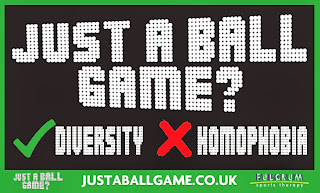 BANTAMS  ARE HAPPY TO FLY ‘PRIDE’ FLAG AT VALLEY PARADE.

Bradford City FC  have made huge strides over the past 6 years to become LGBT inclusive and challenge what is seen as  homophobia  and anti-gay in football. Now they are set on further supporting the gay community by permanently flying the rainbow flag -which symbolizes gay pride - at their Valley Parade stadium on a match day from this season.
A spokesperson for the club had this to say: “Bradford City FC prides itself on being inclusive to all and welcomes participants and spectators to the stadium whatever their social background, colour, religion or sexual orientation.  We are happy to fly the flag as an indication we are an open and inclusive Club.” 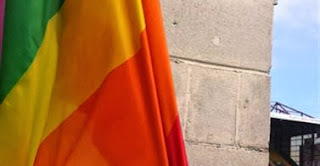 Lindsay England founder of LGBT campaign organisation JUST A BALL GAME? a lifelong supporter of the Bantams said, "The club has been active for a number of years  now against homophobia and discrimination, and this is a great way to show  how inclusive they are for LGBT fans of football. With this flag the club shows they are giving a hugely visible sign that these issues have great importance at Bradford City and are working hard on them, and welcoming a local LGBT communit

“A number of our partner organisations and patrons have backed the initiative and said it is a great message to send out to LGBT supporters of the club and also for the football world, now we await to see if other professional  and non-league teams followed suit.” 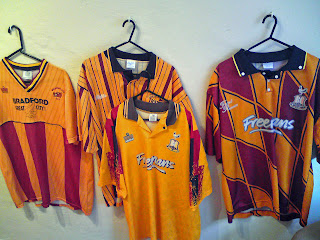 Just a Ball Game? patron , ex-Sunderland player and now of Equality and Hate Crime experts cici.org.uk Kieron Brady remembers scoring a goal at Valley Parade as a teenager, he gave the thumbs up and, “A big well done to all who made this happen at Bradford City. Clubs need to be committed on an on-going basis, both in a social sense and in capacity as employer.”
Contact for further information: