“We are the Champions my friends, we’ll keep on fighting till the end.”

“We are the Champions my friends, we’ll keep on fighting till the end.” 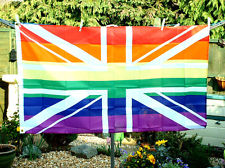 These are familiar words of a song -We are the Champions, written and performed by the British rock band Queen for their 1977 album News of The World.
Here at Just A Ball Game? we hope this song can be an unofficial anthem for the up -coming 2014 Winter Olympics and Winter Paralympic Games in support of any LGBT athlete who will be participating in the events. Coincidently the Winter Olympic Games will take place between 7th Feb and 23rd Feb 2014 the same month that we in the UK celebrate LGBT History Month. A great way we at JBG? believe the world can unite and celebrate together to raise awareness around LGBT issues and visible inclusion, gender identity and challenge what is seen to be homophobia or anti-gay.

The Games are to be held in Sochi in Russia, where at present laws of this country state the following: Russia's lower house of parliament passed a law against the "propaganda of non-traditional sexual relations" (i.e. propaganda from "the gays"). The vote was of 436 in favour, 0 against. You could argue that the bill could have been more homophobic, since its original title was the law against "homosexual propaganda." The law against "propaganda of non-traditional sexual relations," which the bill's defenders defined as "relations not conducive to procreation," is a step in the right direction, I guess. But if you suspect the legislation will not be applied to heterosexual couples who cannot or choose not to have biological children of their own, you are correct. The law imposes significant fines of up to $31,000 for providing information about the LGBT community to minors, holding gay pride events, speaking in defence of gay rights, or equating gay and heterosexual relationships. In a truly egalitarian and internationalist spirit, the bill applies to Russians and foreigners alike, as well as media organizations.

In 2010 here in the UK we at JBG? were disheartened to learn that FIFA (the global football  governing body) had given the 2018 World Cup Finals to Russia and then 2022 to Qatar. Many football fans the world over have since stated they were irate that Qatar with its 40* plus temperatures and laws around sale and consumption of alcohol had been chosen, and a number of LGBT campaign organisations were unhappy with the countries laws which are against homosexuality. But despite this there has been no real united front from football fans and countries FA’s to galvanise a campaign to force FIFA to change their decisions. At best a few grumbles were made and FIFA president Sepp Blatter came out with his usual comedy statement defending the awarding of the finals to a non-traditional football environment.

As a campaigner and highlighting issues about these countries laws with various football authorities in  the UK and Europe for a number of years previous to the decisions made, I was saddened that just like 3 years earlier in 2007 when the decision was taken to award the Winter Games to Sochi that very little word had been spoken when it mattered from the powers that be against countries applying to host and the world governing bodies of both FIFA and the IOC (International Olympic Committee) who are responsible for awarding the tournaments/games.

I personally have a real divided opinion at times on issues which arise around supporting a boycott or protest about such laws and their implementation, and the consequences the laws have around both human rights and equality for LGBT people in the host countries and for those tourists participating and enjoying a global sporting event.

I have visited Russia as an England football fan in October 2007 and the Neanderthal and at times inhumane way myself and the majority of fellow 4000 supporters were treated whilst on Moscow soil for 36 hours has resulted in me never wanting to set foot again in that country for any reason.
If there are to be talks of boycotts or protests,then during the bidding process years and at very latest the day of announcement of hosts I believe is the correct time to do such. As I fear that concerns about the safety and security of athletes, coaches and backroom staff and visiting public only a few months before is too little too late. Alongside of this, it seems totally unfair on those who compete who have trained and adjusted lifestyles in order to be in the best shape possible physically and mentally to throw away the years of hard work attaining this by calling for a boycott or moving the events to another country. After all for many athletes this is their chosen profession.

Along with this sports fans the world over often work hard and save up their wages making sacrifices along the way to afford corporate ticket prices and make arrangements around travel and accommodation  well in advance of huge sporting events in order for them to attend what could be for them a once in a life time experience.

It’s also sad for us to see that in the resent media hype around the issues facing the games and competitors in just over 6 months time that no mention has been given to the fact that the Winter Paralympic Games also take place in Sochi. Our very own patrons list here at JBG? consists of non other than Claire Harvey captain of GB Women’s Sitting Volleyball Team. Could it be that the global awareness of Paralympians as super athletes in their own right doesn’t need to be given a high profile in Sochi, or is this competition another aspect of human life a Putin government would rather not promote? 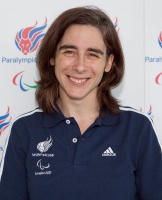 It’s too late for a boycott for a number of reasons whatever the rights or wrongs around one anyway, as there would have to be a complete blank of the Games globally to have any effect and in a world of marketing and sponsorship there would not be the support needed. The legacy from the winter Olympics is what?  we ask, oh yeah the money spinning agreement for Russia to host a Formula 1 Grand Prix on the Streets there for the 6 years following the Games!

We would like to see the IOC make changes to its constitution and charter, look in-house and take more responsibility around it’s official social media outlets which have recently themselves been seen by all to state that homophobic language is ok to use, and request that individual countries taking part  ensure they have an LGBT section within their National Houses set ups at the Games.
Finally, Just a Ball Game?  would like LGBT’s the world over to adopt  the use of  the Queen song ‘WE ARE THE CHAMPIONS’ as an official anthem for Sochi 2014.


Foot note.
Our campaign friends in France and other counties through (Annie Sugier,Présidente de la Ligue du Droit Internatitonal des Femmes) produced this information in the lead up to the London 2012 games as part of their booklet:
“Everyone has the right to take part in sport. Only a small number of sportsmen and women openly declare their homosexuality. These Games (London 2012) must demonstrate that the Olympic movement is aware of this issue and be ready to make a lasting commitment to fight homophobia in sport at all levels.The 2012 Games must be a secure and welcoming place where everyone must be able to take part without fear in respect of their sexual orientation.”

The booklet in full can be found here:


or you can contact us at info@justaballgame.co.uk and we will email you a copy.