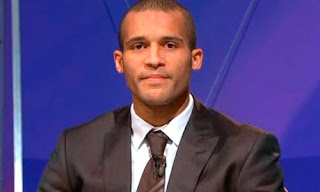 Just a Ball Game? are proud to announce that York City central defender and Professional Footballers Association Chairman Clarke Carlisle has become the first British footballer currently playing the game to take an important stand for the Lesbian Gay Bisexual and Transgender community by becoming a Patron of the campaign organisation.

Mr Carlisle agreed to champion the cause stating: “I am flattered and honoured with the offer, and hope to be able to fulfil the role adequately by helping to continue to spread the word of the great work already achieved by Just a Ball Game? in my media interviews.”


Just a Ball Game? are due to make public a full list of Patrons in a few weeks time as part of their 2nd official birthday celebrations.


The messages that JBG? send out are very much a big YES to diversity and NO to homophobia. Founding director Lindsay England welcomes the involvement of the PFA Chairman in what will hopefully be the first of many more additions to a ‘gay-straight’ alliance,