Ms Lindsay England
20 January 2016
Dear Ms England,Thank you for your letter of 23 August to the
Minister of Sport, Tracey Crouch MP regarding your concern about Team GB representing a women’s football team for the Rio Olympics in 2016

I am replying as a member of the Ministerial Support Team.
Firstly, I would like to apologise for the unacceptable delay in replying to you. The Department regards replying to correspondence in a timely, courteous and accurate manner as a very high priority and I very much regret that in this instance we have fallen far short
.
Historically, we have not competed as TeamGB at the Olympics because it has not been possible to get all four of the Home Nations Football Associations (FA) to agree to compete together in the Olympics when they compete separately in all other aspects of
international football. The Home Nations have been concerned that in competing together at the Olympics, they would set a precedent where FIFA could then require them to compete together across international football.For London 2012, a one off arrangement was put in place, whereby all four Home Nations FAs agreed to compete as TeamGB, given we were hosting the Games. This was a one off agreement, in order to protect the ‘normal’ position, wherethe Home Nations competed separately in all other events.
However, there is nothing to technically
prevent a similar arrangement being reached, provided that sufficient assurances could be sought to protect the understandable concern of the Home Nations that they might be prevented from competing separately in non-Olympic events.Although the English FA had originally indicated to the British Olympic Association that it would be willing to consider the participation of a GB team in both the men’s and women’s competition at the Rio 2016 Olympic Games, after further discussions with the Home Nation Football Associations and FIFA, the FA Board decided not to pursue this further.As such, UEFA, FIFA and the International Olympic Committee were formally notified that a GB team would not seek to qualify/participate for the Rio 2016 Olympic Games.Department for Culture, Media & Sport However, there is a possibility of FIFA considering a late entry providing the Home Nations were all in agreement.
We know from previous attempts that trying to get this sort of agreement is very challenging, particularly if there is only a short amount of time to
secure their collective approval. It is the responsibility of the English FA to seek agreement with the other Home Nation bodies. FIFA does not look favourably on Government interference in sport. Additionally, our standing within FIFA is such that a request for a late entry may not be looked on favourably. This suggests that getting an agreement for Rio 2016 will be very unlikely indeed.At the same time itis important that we respect the wishes of the home nations in this matter. They are rightly proud of their history and the independent statuses they enjoy in world football.
If it is not possible, to get agreement for a unified GB football team at Rio,
we will press for an agreement to be put in place that would allow the team to compete in the Tokyo Olympics in 2020.Unfortunately,Government Ministers do not sign petitions so I'm afraid the Minister for Sport, Tracey Crouch MP will not be able to support your request on this occasion.I hope this information is helpful to you
.
Yours sincerely,
Syed Ali
Ministerial Support Team
Posted by JUST A BALL GAME? at 17:23 No comments: Links to this post 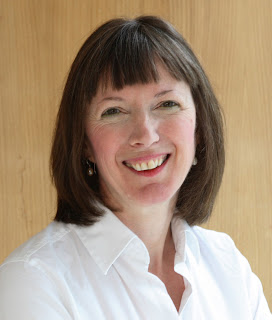 Posted by JUST A BALL GAME? at 12:43 No comments: Links to this post